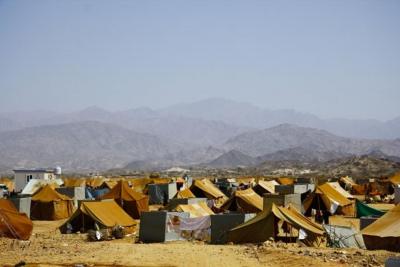 ROME – The man whose job it is to promote work done by the UN’s World Food Programme (WFP) recently came to the Foreign Press Association. With a background in journalism, it was brave of him to lay a familiar but cutting charge at the feet of the assembled media: we don’t cover humanitarian disasters. We’re not interested in them.

Jonathan Dumont’s tone was congenial, but the implication was clear. A profit-driven news industry, squeezed by the proliferation of non-traditional news sources, is increasingly sensationalist. As a result, stories which grab the attention and interest of readers – with bold caricatures and gossipy intrigue – take precedence. The real news stories, such as long-term humanitarian crises around the world, are ignored. And it is hard not to have sympathy with this wide-brush portrait of today’s media.

But there is an important distinction to be made. It is tempting to link two things. Firstly, the perceived current “flavour” of news stories: personal, anecdotal, the sort of stuff that isn’t hard to write to begin with, and becomes easier with access to politicians at all hours. This is often accounted for by a second phenomenon: the shift from traditional print media to online publications where there is less accountability, and less time and money spent on each news item.

This would imply that the current ‘state’ of the industry dictates the news covered. That we don’t want to tell the serious, painful and complex stories of wars and famines which lead to humanitarian crises for millions around the globe.

But it is not that simple, and criticisms of today’s news coverage cannot be explained away by the industry’s new format. The truth is, people always sensationalise upon re-telling, and print newspapers too were frequently accused of being overly-dramatic as early as the 19th century. ‘Yellow journalism’ (roughly the equivalent of British ‘tabloid press’) was first used in the 1890s to describe the debauched race to the unethical bottom between Joseph Pulitzer's New York World and William Randolph Hearst's New York Journal. What people like reading has not changed significantly or fundamentally with the advent of the Internet Age.

So why don’t we cover humanitarian crises? And why does the WFP press officer have to come to tell us off? There are two principle reasons.

Firstly, there are simply more humanitarian disasters. When Jonathan Dumont joined the WFP in 2003, roughly one disaster per year was classed in the highest category. At the moment, there are seven. According to a 2018 UN report, the number of crises receiving an internationally led response almost doubled, from 16 to 30, between 2005 and 2017.* The same “amount” of coverage therefore means less for each place.

Secondly and crucially, humanitarian disasters are now almost always longer. According to the same report, between 2005 and 2017, the average length of crises rose from four to seven years. And since 2015, 80 per cent of UN funding has gone on crises lasting five years or more, as opposed to 30 per cent in 2015. These so-called “mega-crises” are simply more common.

If the increasing number of disasters demands more media attention, the increased length of the stories works in the opposite direction. It is hard to keep people interested in a story which has run for half a decade and which may have its roots stretching many years before that. Not only is it more complicated as a result, but it is also “old news.”

For example, the Italian Insider recently wrote about the WFP’s threat to suspend aid to Houthi-controlled areas of Yemen because of obstruction from the rebels. To understand this, you need to appreciate that Yemen has been gripped by civil war and severe famine for years. The WFP currently feeds around 12 million people in the country. Because few understand this background, the story attracts little attention. It received around half the number of views an exhibition review might attract.

This is a little depressing, and obviously begs the question: what can be done?

Dumont wants to charge journalists with increasing the amount of coverage these things get. That is reasonable. By implication, he wants therefore to generate more interest in the stories. But is that the right way around? He may be overestimating the ability of journalists to set the agenda for public discourse and interest. Of course they play a role, but that applies to some stories more than others.

A media frenzy around a politician or a scandal is easily stoked by journalists’ attentions, but only because there is already an appetite for such a story. Can the same be said for long-standing humanitarian disasters? Remember, the public do not usually engage with specific stories about larger issues they do not understand, and understanding requires significant background knowledge – often more than can be given at the bottom of a news story. Even the most conscientious of readers, trawling summary after summary of the world’s afflicted populations, is threatened by the intimidating scale and complexity of the problems. Tragedy and disaster risks become ill-understood monotony. Trump and Brexit become more interesting.

So, what can be done? Journalists of course must encourage interest but engagement should surely be on a deeper level. The news industry can only initiate the wider inquiry individuals must undertake themselves. We as citizens must demand of each other a heightened awareness and a deeper knowledge.

If you would like to read more about the places journalists are commonly accused of ignoring, read the Insider’s very brief guide here. Notice how entrenched and longstanding the problems are. Perhaps next time you catch sight of a story about one of them, you’ll be more likely to read it.