Opinion: Why is Italy's youth unemployment so high? 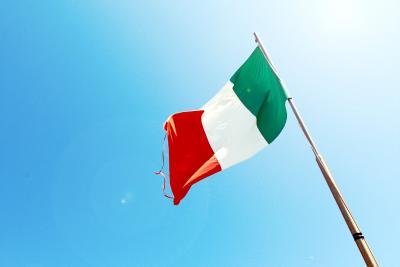 ROME - Some problems just don’t go away. Five years ago, The Italian Insider reported on the country’s youth unemployment issues. At that time, approximately 46 per cent of young people in Italy were without a job — the highest figure since 1977. Youth unemployment was clearly a problem then. Now, five years later Italy’s economy is weighed down by pervasive youth unemployment.

From 46 per cent in 2014, youth unemployment in Italy decreased to 37 per cent, based on a Forbes report. While that rate is lower, it is ostensibly high nonetheless. It has, in fact, been that way for several years, even during times of economic growth. As the previous report emphasised, “when Italy’s growth was at its strongest, one young person in three was unemployed—pretty much the same as today.” The question then is, why?

High youth unemployment is part of a bigger problem — one which is affected by several other factors. Italy’s long history of economic underperformance is certainly a culprit in this regard; the economy has performed poorly for so long that even periods of economic revival have proven insufficient in offsetting the damage. Moreover, Italy’s dual labour market, created as a result of deregulation of temporary contracts in the 1990s, gave rise to a gap in employment protection between indefinite and temporary contracts, which in-turn led to poor training and a high attrition rate when the recession hit. A pension reform in 2012 also increased the retirement age, which meant that younger workers didn’t replace as many soon-to-be retired staff.

So, while economic improvement in Italy has not been able to jumpstart the country’s otherwise flat-lined economy, it has also made job creation difficult. Making matters worse is the existence of a vertical mismatch, where graduates are overqualified for the labour market. This is generally caused by the time period between graduating from school or university and the gap between getting an actual job.

A case can also be made that Italy’s youth unemployment problem is exacerbated by Europe’s rather erratic economy, one that has seen its fair share of upheavals in the last decade or so. In their article ‘Lost Generation' of Youth Is the EU's Major Problem’, the Financial Review points out three notable events that negatively impacted the economies of European nations. These include the global financial crisis in 2008, the Eurozone bond crisis in 2012 and the migration crisis in 2015. Years later, economic recovery remains elusive for many countries, including Italy. While Germany and France have by and large made headway, countries like Italy continue to be surrounded in economic uncertainty, much to the disadvantage of their youth.

Therefore, economic events within Europe and around the world are likely to dictate whether youth employment rates in Italy improve or continue on a downward spiral. This is largely because events such as Brexit and the U.S.-China trade war will significantly affect the European economy in the coming years. This is reflected in FXCM's economic calendar, which lists all the important economic events happening in Europe and the rest of the world. These include the Economic Bulletin published by the European Central Bank, which shed light on the state of the economies in the Eurozone.

While times are tough for Italy at the moment, and the short-term prognosis is rather bleak, that’s not to say all hope is lost. Things can change, and it’ll take a concerted effort from the Italian government, employers and everyone else to make those changes possible. Therefore, a legislated reform of employment protection in dual labour markets like Italy’s is desperately needed. The EU’s Youth Guarantee initiative is also a sign that Europe is determined to try and reduce youth unemployment in Italy and in other underperforming nations.