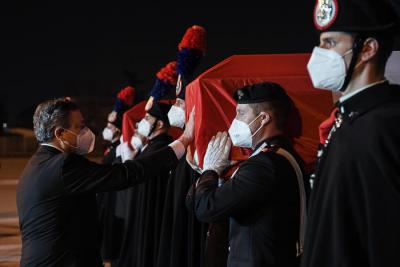 Mario Draghi and the coffin

ROME - Italy demanded Wednesday an official investigation to be carried out by the UN and the World Food Programme into the ambush and murder of the Italian ambassador to the Congo and his Carabiniere security escort while travelling in a WFP convoy alonmg a route the UN agency claimed was safe.

On Wednesday, after a long applause in the Italian Chamber of Deputies, Luigi Di Maio, the Minister for Foreign Affair, addressed the lower house saying, “to the WFP and the UN we have officially requested the opening of an inquest that will clarify what happened, the motivations behind the security measures taken and most of all who was responsible for these decisions.”

He continued, “their sacrifice illuminates the lifes of many, both diplomats and soldiers, that silently carry out their duty in defending Italy and our values, in foreign places and in the face of danger. It is a sacrifice that the country will honour with State funerals.”

There has been mounting criticism over the lack of security for the convoy that was travelling through an area of the Congo, Virunga National Park, that is well known to be very dangerous, overrun with armed rebel groups.

The WFP allegedly conduct a check of the road before the convoy were to travel, and declared the road safe, and even safe enough to travel “without a security escort.”

A WFP press release on Tuesday revealed the the United Nations Department for Safety and Security (UNDSS) will be "leading a detailed review of the incident."

The convoy of two vehicles, with total of seven passengers, were travelling down National Route 4 from Goma to Rutshuru to a WFP school feeding programme when they were ambushed by six assailants. Five were carrying kalashnikovs, while one had a machete.

According to a reconstruction of the event given by the governor of the province of Nord Kivu, Carly Nzanzu Kasivita, the attackers created panic by shooting into the air, and then shooting and killing Mustapha Milambo, a Congolese driver.

Luca Attanasio and Vittorio Iocavacci, the Italian ambassador and his security escort were then forced from the car and taken into nearby bushes. The alarm was raised and soon a group of park rangers precipitated onto the soon, who happened to be working nearby, followed by local army forces.

At this point a shootout allegedly took place while the six remaining members of the convoy were lying in bushes off the road. It is during this this time that Attanasio and Iocavacci were shot, the Carabiniere dying on the scene, but the diplomat dying around an hour later in hospital.

A state funeral for the ambassador will be held at the Basilica di Santa Maria degli Angeli e dei Martiri in Rome on Thursday morning. The town of Sonnino, in the province of Latina, has expressed a wish to name the local Carabinieri barracks after Vittorio Iocavacci. The mayor, Luciano De Angelis, said to ANSA, “as well as holding a day of mourning in conjunction with the funerals, we want to asks the leader of the Force” to name it in his memory.

Autopsies on the two Italian bodies are set to take place on Wednesday, with the aim of finding out how they were shot, as it is still unclear what exactly took place in the shootout. An initial investigation by Congolese authorities suggested that they were shot by the assailants at close range.

Agents of the Special Operations Group (ROS), the investigative branch of the Carabinieri, arrived on Tuesday in the Congo to investigate the tragedy. They plan to obtain the testimonies given to local authorities by the survivors, as well as speak to the only Italian survivor, Rocco Leone, the WFP Deputy Country Director in DRC, who so far has been recovering from shock in a Congolese hospital.

Antanassio’s widow, Zakia Seddiki, and three young children, were paid a visit on Tuesday by the President of the DRC, Félix Antoine Tshisekedi, and his wife, who gave their condolences to the family. They are due to fly back to Rome on Wednesday.

Salvatore Attanasio, the father of the murdered diplomat, spoke to ANSA of the moment he learnt of his son’s death, “in thirty seconds passed all the memories of a life, the world crashed down on us. These are unjust things that should never happen. For us, life is finished.” 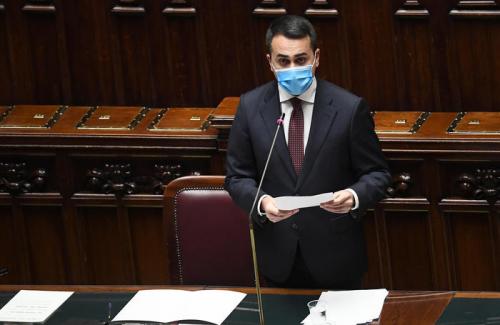 Luigi Di Maio speaking in the Chamber of Deputies 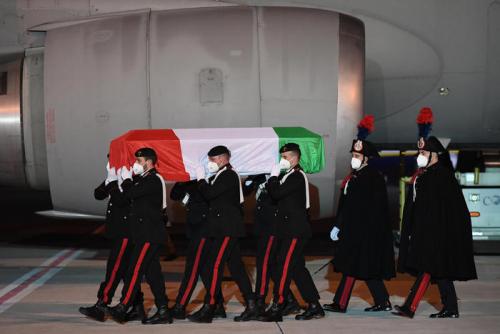