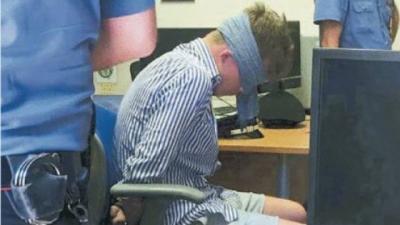 ROME - A Roman prosecutor has recommended to a judge that a Carabiniere agent, Fabio Manganaro, accused of blindfolding a US teenager after his arrest for murder, face trial, judicial sources said Thursday.

A picture of Gabriel Natale Hjorth blindfolded and handcuffed in the police station was spread throught the world in 2019, to much outcry, and two years later Manganaro has been given a direct summons to trial by Roman prosecutors for his use of “measures not permitted by law.” Another Carabiniere, Silvio Pellegrino, is also being investigated for having allegedly taken the photo and shared it online.

After the photo surfaced online, Manganaro was moved to a non-operational department while he was being investigated, according to Carabinieri sources.

Gabriel Natale Hjorth, now 19, and his friend Finnegan Lee Elder, now 20, are currently on trial in Rome for the murder of Carabiniere Mario Cerciello Rega on July 26, 2019. The pair, both from California, were on holiday in Rome and had tried to buy cocaine but were swindled by the drug dealer. They stole the drug dealer’s bag, threatening him with a large knife.

According to the accused, the two Carabinieri approached them from behind in a dark street, and thinking them to be thugs sent by the drug dealer, fought back. Elder stabbed Cerciello to death while Natale Hjorth fought his partner, Andrea Varriale. The then teenagers allege that the officers didn’t show their badges and didn’t initially tell them they were Carabinieri, and that when they did, they boys didn’t believe them as they weren’t in uniform.

Elder arrived in Italy with a large knife in his luggage, and both boys have a history of violence. They are facing potential life sentences, with both equally culpable of the murder under Italian law.

During the trial, Natale Hjorth, described his treatment after the arrest. “Once taken to the station, they handcuffed and blindfolded me. They told me, ‘you’re on borrowed time.’ After half an hour, an hour, they took the blindfold off and in front of me was Variable, who asked me if I recognise him.”

He continued, “I was in a bad condition, tired, scared and I felt faint. One of the Carabinieri told me if I gave him the code for my phone they would take of the handcuffs. Then they took me to another room for interrogation.”

Carabinieri sources have alleged that he was blindfolded for only a few minutes and that during his interrogation, which was recorded, he wasn’t handcuffed. Pellegrino at the time said that he had blindfolded him to "calm him down".

Much of the Carabinieri’s action during and after the arrest have been called into question during the trail, including why the two Carabinieri weren’t armed, which they should always be while on duty, and why they allegedly didn’t show their badges. Cerciello’s badge was never recovered from the scene. Lee Elder has also claimed, in a secretly recorded conversation, that he was beaten up at the police station. 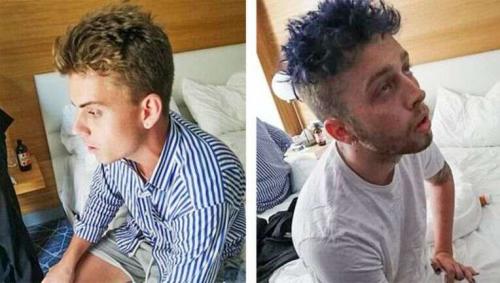 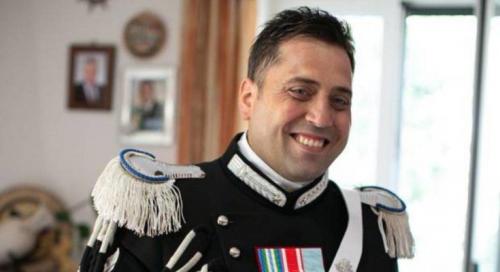