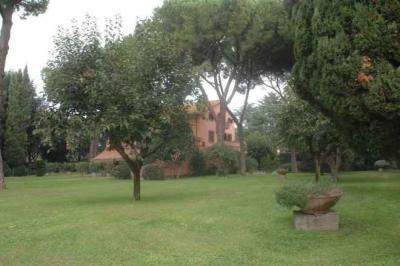 ROME — Felix Kanayo Nwanze, the President of the International Fund for Agricultural Development (IFAD) has instituted spending cuts at the U.N. agency worth an estimated dlrs 2.5 million but has resisted diplomatic efforts to curb his extraordinary personal expenses including rental of a luxurious villa complex on the exclusive Appia Antica, senior officials say.

As Mr Nwanze prepares to present IFAD’s 2011 Rural Poverty Report at Chatham House in London in December, senior U.N. officials have expressed concern over the cost of his sprawling Roman mansion set in two hectares of manicured lawns and parkland featuring a swimming pool, gymnasium, soccer pitch and basketball court and garage housing the president’s two black BMWs, a jeep and a limousine, with diplomatic license plates.

A senior official at Ifad’s Office of Audit and Oversight last year put the total cost of the villa and its maintenance by a team of gardeners as high as some 400,000 euros a year. There also has been concern at Nigerian Mr Nwanze’s decision to hire a personal security guard at a cost put by the official as high as 197,000 euros.

“I go to the field where we loan 5 to 25 dollars to farmers to buy chickens and this completely changes their lives,” the official said. “Now these programs are being nickeled and dimed while this guy blows millions.”

The official was quoted as expressing concern about a climate of pressure to “cook the books” by shifting the cost of the security guard onto other agency spending in different cost categories.

“Why do we have to kow-tow to this guy?” said the official, who spoke on condition of anonymity.

Guests from other agencies and the diplomatic corps invited to a reception at Mr Nwanze’s residence last year were stunned when they saw the scale of the estate, whose grounds include tranquil olive trees and Roman remains. “It was definitely disproportionate to the needs of an executive fighting hunger and poverty,” said one veteran agency staffer who attended.

Another senior IFAD official, Gary Howe, a British veteran at the agency, also has expressed concern to colleagues about what he has described privately as “sleazy” pressure from the president’s office to camouflage his personal expenditure, UN sources say.

“Everything has to be arranged so it looks o.k. from outside with the arrows pointing the right way,” said one senior source. “The expenses have been distributed over nine different cost categories.”

IFAD’s press office denies that there had been concealment of presidential expenses in accounting but the press office was unable to give the exact figure for the cost of the villa on the Appia Antica, the consular road studded with ancient Roman ruins and statues where many residents are movie stars like screen goddess Gina Lollobrigida or film directors.

However another UN source commented that “nobody outside the President’s office knows what the true figures are.”

The IFAD press office also denied persistent reports that Italy had strongly opposed the president’s expense package that he negotiated after his election last year to the dlrs 300,000 a year post. “Nobody objected,” said a press officer. “There was debate as there is over our projects but that is normal.”

The employment of the bodyguard raised eyebrows at IFAD because Mr Nwanze’s Swedish predecessor as president, Lennart Bage, had not felt the necessity for such protection. Before the Nwanzes and their three children moved into the villa, Italian authorities arranged for radio activated alarms to be installed at the villa but Mrs Nwanze evidently objected on the ground of not wanting “eavesdropping” in their home and preferred to have a security guard.

The cuts that Mr Nwanze instituted in IFAD spending include ending business class travel for staff and reducing spending on end of service bonuses.

Mr Nwanze has urged staff regularly in vehement talks and speeches to get involved personally in their role as a development bank. Under his presidency there is a special emphasis on viewing smallholder agriculture as profitable business and providing the smallholder with the means to become successful business men and women.

“Farming is Business,” Mr Nwanze told the recent World Food Day held at the U.N. Food and Agriculture Organisation last month. He called for “market-orientated agriculture to transform lives and get people out of poverty.” 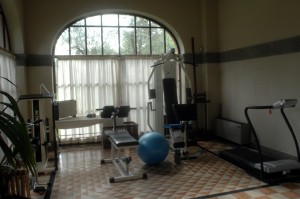