WFP staff association hit by resignations ahead of AGM 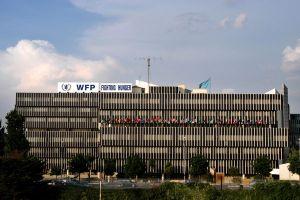 ROME -- Four members of the 18-member Staff Council of the World Food Programme’s Professional Staff Association have resigned in the past six weeks including the Treasurer responsible for the considerable coffers of the PSA, which has squirreled away more than dlrs 1 million held in secretive offshore accounts far from its members languishing in the Eternal City, WFP sources say.

The unctuous head of the PSA, Wagdi Othman, has replaced one of the four, but evidently not the treasurer of the PSA ‘war chest’ held in accounts in banks in New York, the sources say. The resignations may be seen as a vote of no confidence in the PSA leadership as it gears up for an AGM to be held Thursday at which members may debate reputed plans by Mr Wagdi to make a takeover of part of the mandate held by the FAO-based Union of General Service Staff (UGSS).

The WFP PSA is believed to have spent some of its treasure on commissioning from a close croney a tightly-held consultant’s report, delivered earlier this year, laying out a path for this.

“It seems part of a stealth expansion strategy for the PSA to become a ‘super union’ for all WFP staff,” said one long-standing UGSS member. “Originally catering for international professionals, the PSA expanded in 2016 to cover national professional officers, in the field. Good for them but the take-up was underwhelming. They are now looking elsewhere, to absorb WFP general services field staff. WFP HQ general services staff may be next.”

Like any corporate takeover, money may well be in the mix. A publicly available 2018-19 UGSS annual report shows cash funds of more than 500,000 euros. The rationale for the PSA stashing away as much money as it has already might seem to jibe with working for a poverty-busting agency but officials claim the saving is needed less WFP stops the tradition of allowing the head of the PSA from taking sabbatical on full salary paid by WFP and its donors.

“If the PSA takes over our WFP members,” one concerned FAO staffer asserted, “they’ll probably want a cut of the UGSS funds. That will seriously impact UGSS’s ability to represent FAO staff properly.”

The UGSS unlike the PSA is theoretically a full-fledged union so in theory its savings could be used as a strike fund in the event of industrial action.

A retired FAO HR Officer explained the complex history of FAO-WFP unions, noting that “as WFP is actually a joint programme of FAO and the UN, FAO was the original base for staff unions when they were first formed in the mid-1970s. Even today WFP follows many FAO HR rules. Although FAO is now a fraction the size of WFP, FAO is still legally the senior party.”

“About 15 years ago,” she explained, “a group of breakaway WFP international professionals formed the PSA. WFP recognized the new entity and supported it financially.”

“Long story short, today the two organizations have three unions, covering staff categories with quite different needs: the Association of Professional in FAO (AP-in-FAO) representing FAO professionals; the PSA representing WFP professionals; and the UGSS, with two wings, for general service staff in both bodies.”

Not everyone in FAO circles thinks the proposed merger would be a bad thing. "This would make sense, given the fact that the UGSS category is disappearing iin the UN System, and especially so in the Rome-based Agencies,” said one former official of the AP in FAO.

"The UGSS route was the entry point for Italians to work at FAO, and then they would work their way up the ladder to become Professionals.  However, the category is now in decline. and has been so for a number of years."

Against this background the absence of a treasurer at the AGM may mean there is nobody to field potential questions about what insiders say are dubious emoluments enjoyed by officials at the highest level of the PSA of the world’s largest humanitarian agency, the sources say.