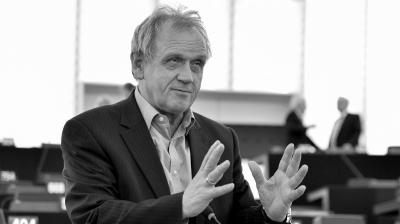 BRUSSELS – European Parliament Members from across the spectrum have urged the European Commission to crack down on Italy for its “unacceptable” decades-long discrimination against foreign lecturers in Italian universities, warning that many of the British, German, Spanish and other academics soon will die without receiving long-promised compensation.

Responding to a speech to the EU Parliament Petitions Committee by the Association of Foreign Lecturers in Italy (ALSSI) chairman David Petrie, the German MEP Peter Jahr noted that, astonishingly, Prof. Petrie first raised the discrimination against foreign academics in Italian Universities with the European Parliament more than 20 years ago but Italy still had not righted the injustice despite six rulings in favour of the lettori at the European Court of Justice.

“Usually it  could be a good story, a positive story, we could say that the petitioner is right and has won his case, but we can see the date here, 1998, this has been lasting for far too long. It shouldn’t be the case. There has been a decision in favour of the petitioner but the petitioner is still waiting so there has to be some wrong here,” Herr Jahr said. “this is a question for all of us really, what is going to happen are we going to wait another 20 years?”

“Then there won’t be any more petitioner … this needs to be looked at again, I think we just can’t have it in this way, it’s not acceptable, I would say there should be an urgent letter written to the authorities  saying this is simply not acceptable, you can’t handle the rule of law in this way.”

Hungarian MEP Ádám Kósa for his part said that “… the European Treaties prohibit discrimination on the basis of nationality in all contexts that’s a fundamental principle of the European Charter … and it’s quite clear here, I think, that the authorities didn’t even adhere to their own domestic legislation and this petition constitutes administrative discrimination … we should keep the petition open and call upon the European Commission to institute all legal measure necessary against the Italian authorities …”

Polish MEP Kosma Złotowski, from the European Conservatives and Reformist Group, concurred, saying  “… I find it difficult to see actually how we can have been hearing this case and hearing this petition for 22 years without finding a solution ...”

Ulrike Müller, German, Renew Europe Group, praised Prof. Petrie, 69, who recently retired from the University of Verona, for persevering to obtain justice for his colleagues.

“ …I would like to thank the petitioner for fighting for this for a long time and for not giving up … we have been following this for quite a long time,” said Frau Muller, “… there other cases relating to discrimination in universities in Italy there are a Spanish petition and, a German petition, the European Court has decided in several cases that Italy is infringing the law …this is about the fate of the lecturers many of them are already retired …but it is also about the rule of law, because Italy is not respecting court decisions …”

The chair of the Petitions Committee, Spanish MEP Dolors Montserrat, and all 5 MEPs on the Committee supported the Petitioner and favoured keeping the petition open.

“Basically the idea would be to keep this petition open , there is a problem of justice and the … our proposal would to keep it open … and ask the Commissioners responsible for applying the Treaties and the rule of law of the Union” Senora Montserrat said.

“They’ve got to execute this ruling and they really have to work with the Italian authorities to solve this problem that has been ongoing for many years. Furthermore, we will also write a letter to the Italian authorities informing them of this petition, things have been going on for over 20 years and at this point we expect it to be respected and the ruling has to be carried out.”

Maltese MEP Alex Agius Saliba earlier outlined a decree law passed by the Italian Government including earmarking 8.7 million euros toward compensating lettori who had been paid less than Italian counterparts.

“I think that Italy is taking action at least to regulate the position of foreign language lecturers but, at the same time, I think that it’s important to leave this petition open so that the Commission and the Petitions committee could continue to monitor at least whether the Italian universities are complying with this decree and also if they are utilising the funds that has been moved forward in accordance with this ministerial decree,” Mr Saliba said. 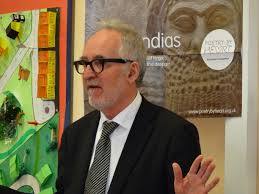