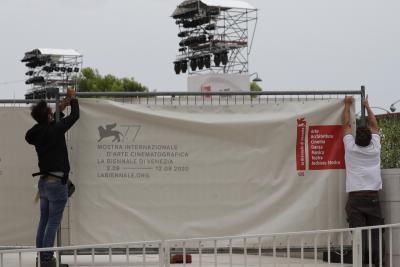 VENICE – Jasmine Trinca and Matt Dillon will receive the Fred Film Radio award at the Venice Film Festival 2020, which is set to begin its seventy-seventh edition on Wednesday despite the Covid pandemic.

The FRED award, is given by the International Web Radio, official radio station for the festival, and rewards actors, directors and other cinema sector workers who promote independent cinema and intercultural exchange.

Federico Spoletti, the founder of FRED (Film Radio Entertainment and Diologue) commented, “Our mission is to promote and transmit the unique and extraordinary experience of participation in festivals of cinema and at the same time to spread passion for independent film, in different languages between different cultures.”

FRED is a digital, multichannel radio station dedicated to those who love independent film and who are in and around the world of film festivals, although also anyone who is passionate and would like to develop their knowledge around film. The station has 29 channels of which 25 are in various languages and normally is listened to by filmmakers, critics, journalists, students and sector professionals.

Dillon, 56, is an American actor who will also appear on the jury at this year’s festival and is most famous for his appearance in the film Crash. Trinca, 39, is at this year’s Venice Film Festival with her film Being My Mom, a homage from the Roman actress to her mother.