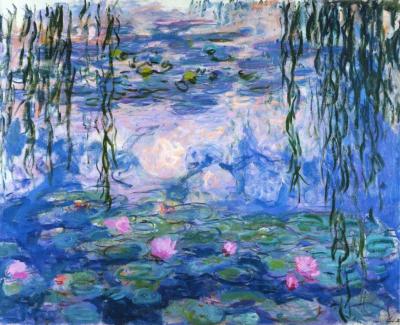 BOLOGNA - Exhibition activity was getting underway again at Palazzo Albergati in Bologna on Saturday, marking the start of the eagerly awaited exhibition on the French Impressionists.

This is a real first, given that this is the only time since its foundation in 1934 that the Parisian museum has loaned out a corpus of unique pictures, many of which have never been exhibited anywhere else in the world.

Going against the current international trend, as well as being a truly major event in exhibition terms this show also represents a huge challenge during a period still dominated by great uncertainty due to the Covid-19 health crisis.

With the intention of catering to the public interest and relaunching Bologna’s cultural offer, five months later the Musée Marmottan Monet and Arthemisia are once again presenting the key exhibition that will be held from 29 August 2020 to 14 February 2021: an unmissable opportunity to explore the development of the world’s best loved movement in painting.

The Comune di Bologna, in partnership with Bologna Welcome, is playing an active part in promoting the exhibition, partly through its Card Culture tool.

Alongside key masterpieces of French Impressionism such as Portrait of Madame Ducros (1858) by Degas, Portrait of Julie Manet (1894) by Renoir and Water Lilies (c. 1916–19) by Monet, the exhibition also showcases a number of works that have never been seen by the public at large because they have never left the Musée Marmottan Monet. This is the case of the Portrait of Berthe Morisot Reclining (1873) by Édouard Manet, Pont de l'Europe, Gare Saint-Lazare (1877) by Claude Monet and Seated Young Girl in a White Hat (1884) by Pierre Auguste Renoir.

The ‘Monet and the Impressionists. Masterpieces from the Musée Marmottan Monet, Paris’ exhibition also seeks to pay tribute to all those collectors and benefactors – including the many descendants and friends of the artists in display – who, from 1932 onwards, have helped to expand the prestigious collection at the Parisian museum, making it one of the richest and most important in terms of preserving the memory of the Impressionist movement.

Sponsored by the Regione Emilia Romagna and the Comune di Bologna, this exhibition has been developed and organized by the Gruppo Arthemisia in partnership with the Musée Marmottan Monet in Paris and has been curated by the museum director Marianne Mathieu.

An event recommended by Sky Arte.

In order to guarantee access to the exhibition in compliance with all the safety standards, you will still be able to purchase your ticket at the venue but we strongly recommend booking in advance at www.ticket.it.

The exhibition will be open every day from 10 a.m. to 8 p.m. (ticket office closes at 7 p.m.) and twenty-five people will be allowed to enter every twenty minutes, for a maximum of seventy-five visitors per hour. All visitors will be required to wear a mask.