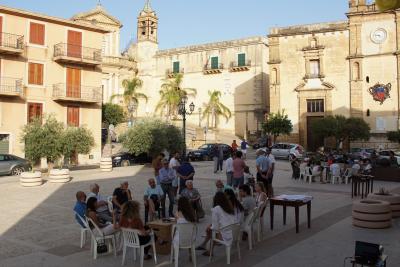 The architects on arrival in Sambuca

ROME – The little village termed the “most beautiful in Italy” in 2016, hosted a 10 day international workshop for young architects from all over the world.

The event, called “Legàmi Lègami”, promoted by EASA, European Architecture Students Assembly, ran from Aug. 2 to Aug. 12. The community and EASA worked together to create an initiative linked to architecture that would promote the culture and territory of Sambuca. The workshop centred around what organizers termed “the installation of a network of fabric ribbons that will establish a route through the urban tissue by the spatial visualisation of social relationships.” The members of the community and the group then looked at what tied together the different places around the city.

Sambuca is a small village near the coast in the western part of Sicily and garnered international media attention in 2019 when an initiative began to sell houses in 20 villages in Italy for one euro, including those in Sambuca. Giuseppe Cacioppo placed 16 houses in the village up for sale with the eye-catching deal and buyers and interest came from around the world. The initiative, started to regenerate parts of Italy suffering as a result of depopulation, was not simple and only one house in Sambuca actually sold for a euro, others for as much as 28,000. In 1968, Sicily suffered a devastating earthquake whose destruction was so great that many residents simply upped and left. In Sambuca itself, there has been a 30% decrease in population since the 1950s, according to Business Insider. By offering their houses to investors from around the world, the villagers encouraged an entry not only of money but of people and construction into their community.

The mayor of Sambuca, Leo Ciaccio, and his deputy Cacioppo welcomed the group workshop saying “We are honoured to host the EASA event and the young architects who, for ten days, will live in our villiage in close contact with our community.” They added that “It is the umpteenth identification of an urban regeneration project, defined from now on as “the Sambuca model” that is studied in universities.”

Since 1981 EASA has organized a two-week event in the summer in a different countries for groups of around 500 students coming from more than 40 nations. They live together and take part in workshops, lectures and demonstrations. Because of the Coronavirus pandemic, this year’s arranged event in Estonia had to be cancelled and smaller national events were organized instead. 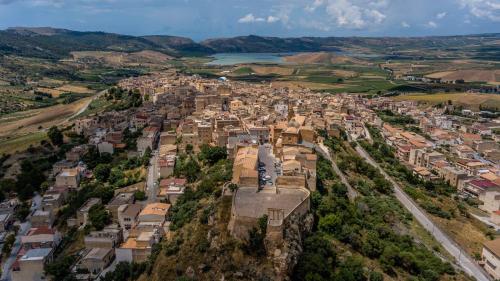 The Sicilian village of Sambuca
Culture