Unearthing a city without digging an inch: Falerii Novi 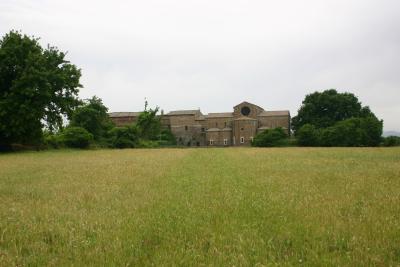 GHENT -- “Since the publication of our first findings, we keep receiving phone calls from all over the world,” professor Frank Vermeulen says from his home office. Behind him, a large book shelf is bulging with reference works.

Academic journal Antiquity last month published a high-profile article on the exploration of the abandoned city of Falerii Novi. Since 2002, professor Vermeulen has been carrying out research on abandoned Roman cities.

The Archaeology department of Ghent University for years has been finetuning a technique, ground-penetrating radar (GPR), which generates 3D images of buried structures. “It started as an MSc. dissertation, then evolved into a PhD dissertation and finally became the subject of post-PhD research.” On top of gathering data, the department also interprets data. Today, the team is at the forefront of non-invasive archaeology: exploring remains of the past without disrupting them. Hence why the University of Cambridge contacted the Belgian department to study Falerii Novi.

Falerii Novi lies 50 kilometres to the north of Rome. After the Romans in 241 BC had destroyed the city of the rebelling Falisci tribe, Falerii Veteres, they built from scratch a new city, Falerii Novi. This city was inhabited until the 7th century AC. Nowadays, apart from a small section that has been excavated, the remains of Falerii Novi lie entirely below agricultural land.

A 2.4 kilometre-long wall encircles the former city. The area confined by this wall measures 32 hectares, making the site too large to excavate -about 5% of the surface area has been excavated. Non-invasive archaeology, however, provides a means to explore an entire city of this size.

In the periods 1992-1998 and 2002-2005, the British School used magnetometry to explore Falerii Novi. It was the first use of such technology in Italy. The study produced a town map based on the site’s upper ground layers. Yet, whereas magnetometry identifies well features that are near the surface, it gives only limited information about the deeper levels.

From 2015 to 2017, Cambridge and Ghent University used GPR to scan the site. “We built part of the equipment ourselves,” professor Vermeulen details: “the scan bed has to be flexible as well as close to the ground.”

Scanning is done very slowly in order to obtain a high frequency. It took the team three sessions of almost two months each to scan the entire site. Since GPR requires a dry soil, up to seven days were needed after rainfall before the ground was sufficiently dry. When encountering obstacles like stones, the team temporarily moved them in order to scan the area as much as possible. The team further finetuned its technique: towards the end, it was using fifteen antennas and scanning in two directions.

This field study generated no less than 29.6 billion data points. All this data has to be interpreted. Because the data contains anomalies and only an expert’s eye can evaluate such anomalies, data interpretation has to be done manually. It takes the team approximately twenty hours per hectare to interpret the data.

For instance, the GPR survey identified a series of temples, a macellum (marketplace) and an entire bath complex. None of the previous surveys identified these buildings.

Also, inside the rampart, the GPR survey revealed a road that on each side is bordered by religious monuments. “One could call it a Via Sacra, the road that, in Rome, leads from the Capitoline Hill to the Forum.”

But most of all, the survey provides new insight into Roman urbanism. Thanks to its high resolution, GPR visualises the plots of land which compose a city. And, contrary to magnetometry, the radar imagery reveals a city’s lower, earlier layers. This will enable the unravelling of Falerii Novi’s evolution over time.

Most knowledge of Roman cities is based on but a handful of investigated sites, in particular Ostia and Pompei. One of the surprising insights of the GPR survey is the way the Romans planned Falerii Novi. “Up until now, it was thought the city was built following the North-South axis along via Armerina and a parallel aqueduct. Now it appears first was built the water system and then most of the street network.”

Today, archaeologists know of about 100 to 150 abandoned Roman cities in Italy. Several of these cities may be suitable to GPR survey. But, of course, the technique is equally applicable to non-Roman cities.

Last but not least, the desk study takes an enormous amount of time. Manual interpretation of the data is too time-consuming and, therefore, does not allow to fully exploit the potential of GPR. The Ghent researchers are now looking into Artificial Intelligence (AI) to interpret and map the data. AI may significantly speed up analysis. Ancient cities like Falerii Novi may not have revealed all their secrets. Nor has modern archaeology. 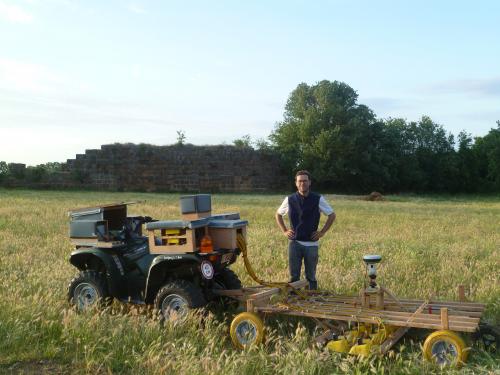 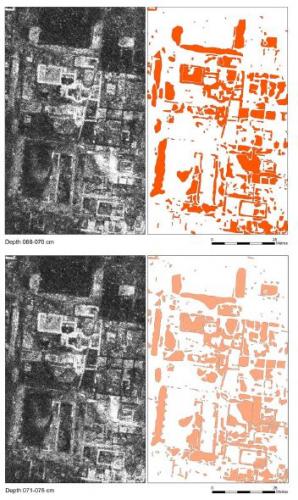