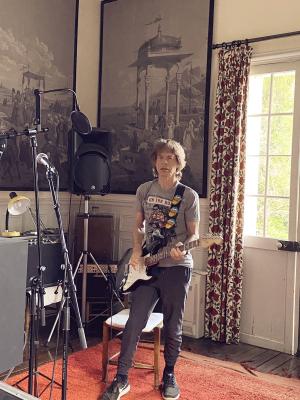 LEGHORN - Rolling Stones frontman Mick Jagger turned 77 in the town of Castagneto Carducci on Sunday. The Rock and Roll legend has been in the small town in Leghorn (Livorno), Tuscany for over a month and may stay there indefinitely according to Italian media reports. Over the years, Jagger’s stays in the region have been top secret, and the same goes for his birthday celebrations.  Online however, congratulations and well wishes poured in for the superstar from band members and fans. Even a great from Italy, rock singer Vasco Rossi, paid his own special tribute. An enthusiastic post on his Instagram read, “Mick Jagger is my superhero, of course! The only person who knows how to play with everything… sex, people, his voice…his body… Happy 77th.”

An anonymous friend told Corriere Della Sera that “Mick is in love with this region and Castagneto Carducci in particular.” The anonymous friend told the Italian press that Mick's decision for a change of scenery had come “after the controversy with President Donald Trump,” as quoted from Corriere Della Sera. In June, the Rolling Stones forbade Trump use their music during his rallies, with Broadcast Music Inc. (BMI), the performing rights organisation, referencing a provision that allows BMI to exclude musical works from the political entities license, once a songwriter objects to its use by a campaign. Similar challenges have been placed towards the President's use of songs by Aerosmith and Tom Petty, whose estate issued a cease-and-desist over Trump's use of the song 'I won't Back Down'.

Jagger is staying on the estate of the noble, Tuscan Gherardesca family whom he knows through Manfredi della Gherardesca, London art dealer and son-in-law of Stones ex-manager Rupert Loewenstein, reports Corriere Fiorentino. Jagger has been a regular holidaymaker to the family’s estate, alongside other celebrities such as Sarah Ferguson, George Clooney and Harrison Ford.