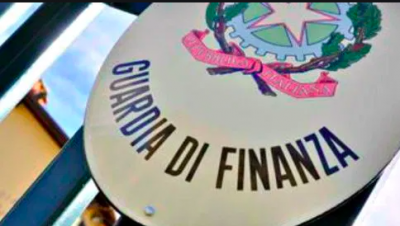 MILAN – Luca Sostengi, a real-estate middleman accused of extortion and embezzling funds from the Lombardy regional government, was stopped while attempting to flee to Brazil, according to judicial sources. Police are also investigating funds belonging to the League, adding to the Italian party's long history of funding probes. Three accountants from the League, Alberto Di Rubba, Michele Scillieri, and Andrea Manzoniare also under investigation.

Sostengi’s escape was foiled on Thursday by the investigators from the Guardia di Finanza, the Economic and Financial Police Unit, in Milan. He had a ticket to leave on Saturday from Germany to Brazil, and was due to leave Milan on Friday by bus to reach Germany. His phones were disconnected and he had already withdrawn money to move to Brazil, reports Il Fatto Quotidiano.

The investigations surround the purchase and sale of an “industrial warehouse” between the real estate company ‘Andromeda’ and the 'Lombardia Film Commission foundation'. As reconstructed by the investigators, less than a year after the sale of the property by Sostegni, in December 2017, Andromeda sold the property at 800,00 euros, and made a profit of 400,000 euros, according to La Repubblica.

Public funds were used to make the purchase of the warehouse by the Lombardy film commission. At the time of the sale, Di Rubba was president of Andromeda, with Di Rubba also the former president of the board of the Lombardy Film Commission foundation, reports Il Fatto Quotidiano.

Di Rubba, who appears to have made no plans to relocate to Brazil, has challenged anyone to demonstrate that the reported monetary exchange. "To say that the building was purchased for 400,000 euros and sold immediately afterwards for 800,000 euros is really a hoax,” he said, as quoted in Il Fatto Quotidiano.