Mick Jagger swans off to Italy after Trump controversy 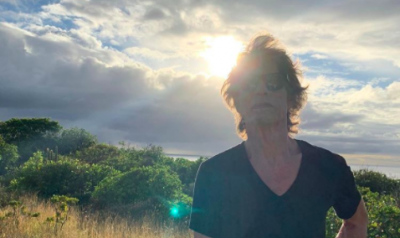 LIVORNO – The world famous lead singer of the Rolling Stones, Mick Jagger, 76, has moved to the village of Castagneto Carducci after falling in love with the place over the years, and has decided to spend a long period of perhaps four months there, with speculation that he might stay there. “Mick is in love with this region and Castagneto Carducci in particular,” a friend told Corriere Della Sera who wanted to remain anonymous.

The anonymous friend told the Italian press that Mick's decision for a change of scenery had come “after the controversy with President Donald Trump,” as quoted from Corriere Della Sera. In June, the Rolling Stones forbade Trump use their music during his rallies, with Broadcast Music Inc. (BMI), the performing rights organisation, referencing a provision that allows BMI to exclude musical works from the political entities license, once a songwriter objects to its use by a campaign.

Mick Jagger is currently a guest of Manfredi della Gherardesca, his longtime friend and son-in-law of Rupert Loewenstein, historical manager of the band, according to optimagazine. Jagger will turn 77 on July 26, and will celebrate his birthday in Italy.

Castagneto Carducci is a small village of 9,000 people south of Livorno (Leghorn), a port city in Tuscany not far from where the poet Percy Bysshe Shelley drowned off the coast of Lerici. It owes the second half of its name to an Italian poet of the late 19th century and national poet of modern Italy, Giosuè Carducci, who lived there as a child.

The stretch of north-east Italy where Jagger has located is also well known to be loved by American celebrities such as Harrison Ford, George Clooney, and Madonna, reports Corriere della Sera.