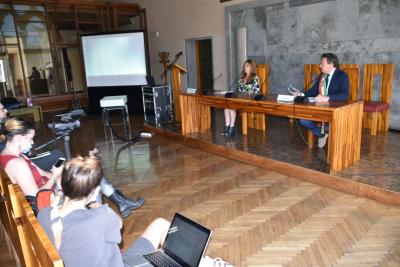 VENICE – The redevelopment of the Jewish Museum of Venice has been presented by the Venetian Jewish Community and adopted by the City Council, after a plan of interventions was presented on Wednesday afternoon, according to a city authority press release. The proposal will pass to the city council for examination. The mayor Luigi Brugnaro, has said that for his administration it is “an honour to help a cultural reality that has an entire community behind it."

At present the complex of the Jewish Museum consists of 11 real estate units located in eight building units. The project, which will begin after the Jewish holidays will last three years, intends to integrate five other real estate units owned by the Jewish Community, which fall within the complex but have not yet been incorporated into the museum. The museum will still be open to the public during this time.

For Mr. Lauder, the project was "a dream come true." The nine million euro project will involve not only the reconstruction and revitalisation of the museum space, but three historic synagogues will also be restored, and archives and library areas will have free access for scholars, being able to count on additional spaces from which events and meetings can also be put on.

"I want to thank President Ronald Lauder and invite him to Venice as soon as possible,” said Mayor Brugnaro. “This project, completely self-financed, is a splendid example of subsidiarity, a gift for future generations and a message of brotherhood and solidarity."