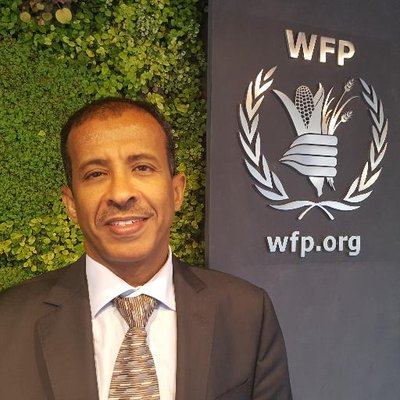 ROME – The World Food Programme staff association (PSA), the official voice of the UN organisation’s staff, have criticised the WFP for not having done a “study on the prevalence of racism, or any specific measure taken to deal with it,” and has raised the question of systemic racism within the agency. The Insider learns that WFP Management were surprised by an internal address to the executive board delivered by the head of the PSA Wagdi Othman on Tuesday, which as well as slamming the agency’s lack of anti-racist action, brought up the high turnover of HR directors and an inadequate Covid-19 response. The WFP have lost four employees to coronavirus.

The statement was followed up later in the afternoon by a report from the WFP ombudsman. In the statement, Othman referenced the lack of committees, workgroups, and panels aimed at finding solutions, “as if racism does not exist in WFP or the United Nations.”

“Maybe for some in WFP, it was difficult to comprehend how amongst the people fighting hunger throughout the world, some could be racist,” claimed Othman, who also brought attention to the issue of discrimination occurring outside the offices of the WFP in the lives of its employees in host countries, as “it seems that the colour of our skin is sometimes more visible than our diplomatic status.”

In a scathing criticism, the head of the PSA stated: “We have not seen any study on the prevalence of racism, or any specific measure taken to deal with it.” The question was then asked whether it was possible to deal with an issue if you could not name it. “Racism goes beyond the type of incidents I have just mentioned. Systemic racism exists in recruitment, assessment of staff, the grade you get with your first job, promotions, reassignment, access to middle or top management positions.”

On Monday, the day before Othman’s address, the WFP President, David Beasley, appointee of Donald Trump and former governor of South Carolina, spoke to the WFP Executive Board to stress that the first round of the WFP’s workplace culture programme had been completed to determine what the WFP values should be, and approximately 5000 staff members had participated.

Contacted for comment, Beasley restated the WFP’s position on Friday. "Racism will not be tolerated no matter what and also discrimination based on gender, sexual identity religion, ethnicity or nationality – we will not tolerate racism,” he said. “Next week the leadership group will be talking specifically about racism. They will be committed 100 per cent to working on these issues."

In his Tuesday address, Othman praised the response of the WFP to the coronavirus epidemic, but also brought to attention the lack of flexibility with which WFP managers had addressed personal or family related situations, and called on them to trust their staff.

The head of the PSA’s statement finished with a comment on the high turnover of HR heads at the institution, with a new HR head each year for the last five years. Othman urged hiring to be done in-house, and said that “we hope that such choice will be solely based on competence, experience and positive soft skills that are indispensable for this position."

Othman quoted from the United Nations Secretary General, Antonio Guterres’ speech to staff in New York: “We all need to look into ourselves, into our prejudices and do everything possible to eradicate these aberrations from us and from the societies around us.”