Pope Francis prays for grieving US after 'disturbing unrest' 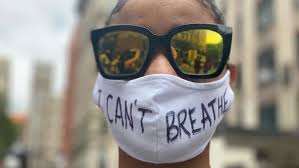 VATICAN CITY – Pope Francis has spoken out for peace and justice in the United States following the killing of George Floyd, whose death sparked millions to take to the streets in protest against police brutality and systemic oppression, honouring the black Americans recently killed: George Floyd, Ahmaud Arbery, and Breonna Taylor. “I have witnessed with great concern the disturbing social unrest in your nation in these past days following the tragic death of Mr. George Floyd,” Francis said. “We cannot tolerate or turn a blind eye to racism and exclusion in any form and yet claim to defend the sacredness of every human life.”

The pontiff made his remarks on Wednesday during his weekly livestreamed general audience, after which he cited a statement from the Archbishop of Los Angeles, José Gomez, in his denouncement of violence at the protests. “Nothing is gained by violence and so much is lost,” said Francis.

José Gomez had said in May 31 statement, that “we should all understand that the protests we are seeing in our cities reflect the justified frustration and anger of millions of our brothers and sisters who even today experience humiliation, indignity, and unequal opportunity only because of their race or the colour of their skin,” as quoted from The National Catholic Register.

Pope Francis finished his remarks on Wednesday with a prayer for grieving families and friends in the US and for national reconciliation and peace for which we yearn.