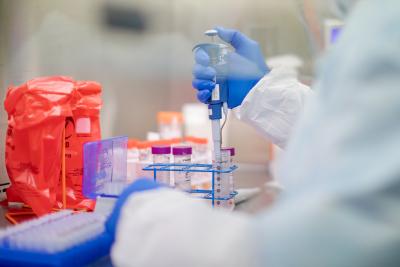 BRESICA – An expert virologist is cautiously optimistic about summer, after a less powerful variant of the Sars-Cov-2 virus was identified in the Microbiology laboratory of the Asst Spedali Civili, in Lombardy. Although not yet published in a scientific journal, research directed by president of Italian Society of Virology, Arnaldo Caruso, suggests that a new strain, instead of killing cells in two to three days, takes six days, reported Corriere Della Sera.

According to data from the Italian Civil Protection Agency, in the last 24 hours there were 593 more coronavirus cases in Italy, and the number of deaths dropped to 70, bringing the Italian total deathcount to 33,142.

The findings were made after a swab with very high viral load surprised the experts, because the subject had been completely asymptomatic. “We still don’t know if and how much this variant circulates, nor if it is genetically different from the others. However we can say that something is happening,” said Arnaldo Carsuo, as quoted in his interview with Corriere Della Sera.

This positive outlook is tempered by the data from the Civil Protection Agency that shows Lombardy to have remained the worst affected region, as, over the last 24 hours, it recorded 382 new infections out of the 593 across the whole of Italy. The total positive recorded cases in the region is 88,183, and the total deaths stands at 15,974, meaning Lombardy accounts for about half the total deaths in Italy.

The Gimbe Foundation, a non-profit that promotes the dissemination and application of scientific research, has been pointing to the problems of organizational unpreparedness since March. The Gimbe president, Nino Cartabellotta, claimed this week on Radio 24 that Lombardy have played tricks with numbers of cases in the region.

The Gimbe Foundation had asked for the closure of the entire Lombardy region similar to Wuhan, because the explosive level of the contagion was evident, and Mr. Cartabellotta said that there were “too many oddities about the data,” as quoted from Il Messaggero.

The Lombardy regional government has responded by stating that Mr. Cartabellotta words were "extremely serious, offensive, and above all not in line with the truth," and claimed that they had published the contagion spread with full transparency, with the ISS (Higher Health Institute) never calling into question their data.