A letter from Massachusetts 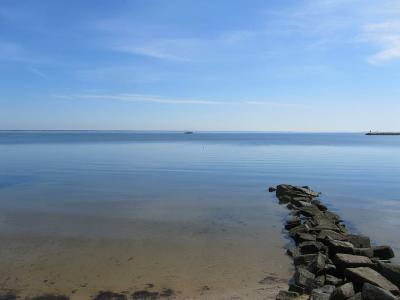 BOSTON - “Things fall apart.” These words first surfaced in The Second Coming, a poem by William Butler Yeats. They have since spanned the past century, reverberated through various wars and crises, been the title of a masterpiece by Chinua Achebe, Nigerian novelist, and been uttered by Miley Cyrus, iconic American pop-star. While used to make sense of wildly different scenarios — impending political disarray versus a broken heart — this fact of life has remained constant. These same three words started to surface in my mind with disturbing frequency around two months ago, around the same time that the words coronavirus and pandemic did the same.

Since then, I’ve come to learn that emotionally, I was wildly unprepared to deal with such an immense, limitless disruption. Only now, via baptism by fire, I am learning the coping mechanism of patience: my means of surviving the pain of disappointment and terror that has since come down the pike for me, my family, and everyone I know. Even if some of us come out of this fortunate enough for our pain to have receded, I hope that the ability to meet immeasurable uncertainty with patience becomes a skill our society begins to cultivate consistently.

In mid-December of 2019, during the thick of finals period on my college campus, I’d been counting down the months, weeks and days until winter break, and at long last, it was almost time. I was wracked with impatience to get out of school, away from the bitter cold, onto a plane, and into the company of my extended family, my childhood friends, and my boyfriend in Italy. It couldn't come soon enough — the first half of senior year, saturated with concerns about the uncertainty of post-graduate life, had proven difficult and draining. Winter break was the light at the end of that tunnel. I had no doubt that I’d be itching to do the exact same thing over spring break.

During one of those snowy, sleep-deprived nights, hunched over my laptop in my dorm room, I booked a ticket for March, three months into the future. I didn’t bother with travel insurance — I couldn’t see any reason anything would be able to come between me and a trip I felt such an urgency to go on.

My mom is Italian and my dad is American, and having lived in both countries, I’ve always felt divided between the two no matter where I am. Though I can’t be in two places at once, I've been comforted by the fact that I’m always “just a plane ride away,” even if, in reality, each trip is separated by months. This story that I told myself about the distance between Massachusetts and Italy was the only way I was able to swallow the hard pill of time. Until very recently, this was my interpretation of patience: how to tolerate a specific timeline of division between countries. I couldn’t have foreseen that come March, I’d be stuck in one, with no plan to cling to.

On Sunday, February 23rd, I woke up to an Apple News push-notification about a sudden and sharp increase of coronavirus cases in northern Italy. I started to feel a little uneasy. Within the following days, things escalated quickly. First, my brother, a college junior, was sent home from his study-abroad program in Bologna. Then, the CDC instated a level 3 advisory against travel to Italy. Hours later, I received the horrifying (but logical, of course) email detailing that any visitors to Italy would be quarantined upon their return to my college campus. This swiftly turned into the cancellation of my flight by the airline, the cancellation of the rest of the semester on my college campus, and then social isolation at home. Next came an overwhelming fear of the death of my vulnerable and isolated family members in Italy — I felt helpless while trapped so far away. How could I be there for them? And then, I felt fear of the same for my family members sheltering at home in Massachusetts and New Jersey. Things had fallen apart with a velocity that was disturbing.

Finally, I received an email from the President of the College: a license had been bought for students to access the Calm app free of charge: “If ever there were a time for self care, it is now.” I deleted it from my inbox. It did not want to accept that, no matter how much planning, wishing, hoping and waiting, no matter how much I wanted something, I couldn't change reality. I wasn’t ready for self care.

I first met the situation with resistance, in denial of the lack of control I had over my mobility. I tried to reschedule my ticket three times, only to be met with three cancelations. I started to think about how I could make the trip happen, logistically, if I were able to schedule an itinerary that wouldn’t fall through. I could have my friends pick me up at the airport in Rome with a car, because trains wouldn't be running to their city. Then after flying home to Boston, my family could drive two separate cars to the airport and I could drive myself home in one. And then live alone in my attic for two weeks. That would work, right? The level of complication became ridiculous, and blatantly unsafe.

Since the emergence of modernity in the 18th century, and it’s more recent counterpart, hustle-culture, the pace of life has been intensifying. We are encouraged to be self-assured, in control, and self-centered. We feel comfortable planning months, even years, in advance, valuing our levels of productivity (dependent on our hurried lifestyles) over anything. Time, and space, cleanly organized categories, are defined by their relationship to our human form: our ability to control and harness them to our advantage. Now, time and space cannot be measured.

The past two months have been surreal: there’s a pandemic, and a travel ban has made it impossible to see the people I love. My concept of distance itself has been redefined. Time is different now, too. When you can’t divide it up into months, weeks, and days to make it palatable, it takes on a different meaning altogether — “the foreseeable future” doesn’t accommodate such reasoning. The harder I try (and fail) to get to Italy, the farther away that it is. Each time I attempt to partition space and time, the more it falls apart.

Patience is no longer what I thought it to be back in December. It transcends a simple countdown, requiring the readiness to confront something that guarantees no carefully drawn-up limit. It has been asking me to renounce my craving for control. And to have faith that, as all things are, my present circumstances are temporary.

Finally, I am ready to listen. I have since abandoned illusory plans for international travel, and downloaded Calm from the app-store instead. Patience is not a virtue, but a skill that it is high time I learn.