Investigation: paratrooper forced off tower was left to die 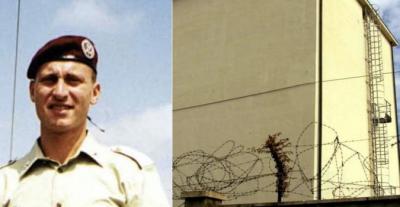 ROME – An investigation by military prosecutors headed by Marco De Paolis, into the death of Emanuele Sciere in 1999, an Italian paratrooper in training, has concluded that he was killed by senior officers who punched and kicked him to death, according to judicial sources. The paratrooper, originally from Syracuse, who died on an Aug. 13 night in a military barracks in Pisa, was allegedly killed by three Italian corporals.

The three senior officers accused of killing Emanuele Sciere are Andrea Antico, 41, Alessandro Panella, 41, and Luigi Zabara, 43. The investigation claims that the three superiors confronted Emanuele Sciere, who was 26 at the time, for having used his mobile phone and violating the rules. After forcing him to do push-ups and beating him, they then forced him to climb a saftey tower approximately five metres up from where they made him to fall and left him on the ground, reports Il Fatto Quotidiano.

The resulting injuries to the body included fractures to the sixth dorsal vertebra, and various head injuries, reports La Repubblica.

His body was found lifeless at the base of the parachute tower in the early afternoon of the day after his death, suggesting that he died after hours of agony, according to Corriere Della Sera.

The hypothesisis is that if he had been rescued, he would have been saved. "We have reason to believe that we can finally get justice ,” said the victim’s mother. “And we, from the beginning, together with my husband, have asked only for this: truth and justice,” as quoted from La Stampa.

After 21 years of investigations and protests, as well as many claims from within the military that it was suicide, the Rome military prosecutor has stated that the case has reached a turning point, reports La Stampa.