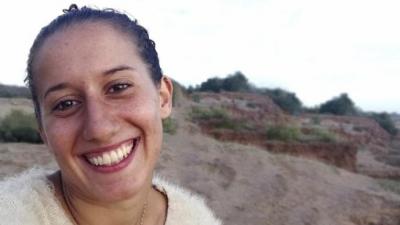 MOGADISHU — Kidnapped Italian aid worker Silvia Romano, 25, has been released, officials said Saturday. She was abducted in Kenya in a shopping center and taken away on a motorbike by presumed Islamist terrorists in November 2018. The Italian External Information and Security Agency (Aise) conducted an operation which led to the release of the young volunteer, in collaboration of the Turkish and Somali services, which led to her being released 30km from Mogadishu, reports La Stampa. It is not known if a ransom was paid.

Silvia was kidnapped by a group of armed men. Three of the kidnappers were arrested on the scene and are still on trial, although hearings have been interrupted due to the coronavirus epidemic, and one of the three, released on bail, is on the run, reports La Repubblica.

Originally from Milan, Silvia was working for the non-profit organization 'Africa Milele', where she contributed to a project to support a children's orphanage. In the 18 months that followed, she was moved three times to three different villages, reports La Stampa.

Silvia's father, Enzo Romano has said to reporters that “for as long as I don't hear my daughter's voice, it's not 100 per cent true for me." He added that "I do not care for anybody but to hug my daughter after 17 months."

She is expected to arrive in Ciampino at 2:00 p.m. on Sunday, according to Il Fatto Quotidiano.

The Italian President, Guiseppe Conte, tweeted on Saturday to celebrate the news, and thanked the intelligence services. "Silvia, we are waiting for you in Italy!" he said.