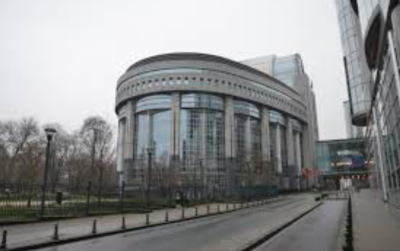 BRUSSELS – The virus has hit the capital of the EU the hardest, and due to soaring temperatures and blue skies, families and friends locate themselves in near-by parks, as drones fly overhead; a warning for people to keep their distance. How is such a city holding up to the COVID-19 restrictions?  The European Quarter is neat, quiet, and was not a crowded area even prior to the virus. Overall, Brussels was already clean and tiny, compared to other cities like London. But there are plenty of stories that one would not expect.

Police officers are on constant alert and split groups, telling people not to sit together, to keep walking in order to maintain restrictions. Police officers, apparently can now enter without a warrant to lockdown parties. This could definitely be the parallel example that while unfelt and many follow the rules, others, as in many other countries, prefer to organize parties. Which brings to me to Delhaize, the Belgian supermarket’s latest promotion.

Delhaize, the supermarket chain, recently had on display in stores, next to bottles of Corona beer and Mort Subite kriek, a sign which read: “Vaccine of the moment: buy two Coronas, get one free Morte Subite”. The joke being that “morte subite” means “sudden death”. The staff declared that the customers found it funny and had not yet received any negative feedback until it disappeared with the Delhaize’s PR head Roel Dekelver declaring that “this does not represent the general view of Delhaize. We have asked that this action be halted, and the signage to be removed.”

Daily activities have a lingering tension. Restaurants and other similar business are open, but only for take-out. Ubereats and other food delivery bikers are now more active than ever. You can tell from the at times unsafe speeds at which they bike down a road, even outside the bike lane. I have risked getting hit too many more times. People in Brussels usually take bike lanes extremely seriously.

If you get even slightly too close to their lane, bikers will strum their bicycle’s bells from afar. Many wear masks and gloves and bike with their masks too. Friends talk to each other on the stairs leading up to their houses; one faces the sidewalk, the other rests on the car door. People drink coffee, tea, and beer during these at-distance interactions.

The European Union has fallen quiet. Their offices have been shut down. David Maria Sassoli has offered up The European Parliament for use for any medical space needed to help fight the virus.