‘Ecology of mind’ in the era of globalisation disinformation 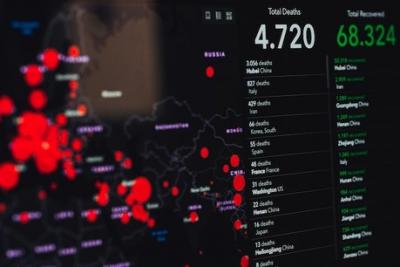 ROME – Whatsapp messages which tell Iranians to gargle vinegar and rosewater to cure the coronavirus are just one of several troubling narratives which have put the spotlight on disinformation during the public health crisis, and this was the subject under a discussion at the Euro-Gulf Information Centre (EGIC) online event moderated by its President Mitchell Belfer.

Disinformation campaigns spreading false information are not a new phenomenon. As Alessandro Politi said during the talk, they occurred throughout the Cold War, but “after the Yeltsin period it was business as usual but with the advantage of social media.” The battleground of social media has opened up the playing field, and although Russia and China remain the main players, an Oxford study found that 70 countries used online disinformation campaigns in 2019, up from 48 countries in 2018, and 28 countries in 2017.

Mrs. Klimes pointed to how disinformation is being used in her area of expertise – water scarcity. By 2060 an estimated 3.9 billion people are expected to live in areas of extreme water stress, but already ISIS have used disinformation to get recruits by spreading lies about how local governments cut-off water supplies. As Mrs. Klimes stated, the disinformation problem is often “an asymmetrical access to information.”

The ‘principal-agent problem’ states that when an asymmetry of information occurs, it naturally enables one person to take advantage of another by way of the extra knowledge they possess. This raises difficult problems with regards to water shortages, but with a public health emergency like COVID-19, it seems that it should be in everyone’s interest to communicate as honest actors, given that the risk is more obviously shared.

Unfortunately, some nation-states are unlikely to be convinced of this, and the modern world order does not allow for easy solutions, as multinational companies continue to generate ad revenue from the disinformation campaigns of these nation-states. When a Nigerian company is able to use Russian software produced in the Philippines to spread disinformation in America, the problem might be described, to use Mr. Zinkanell’s turn of phrase, as the “globalisation of disinformation.”

Regional co-operation can help. In 2019, the EU partnered with several online social media platforms to clamp down on the disinformation. However, this infodemic has many strains, as can be seen by another key multiplier of disinformation – the post-truth politician.

In his essay ‘On Bullshit’, the philosopher Harry Frankfurt makes the important distinction between lying and bullshitting. The difference is that liar cares that the truth exists, whereas the bullshitter does not. The Trump-type politician says things without even pretending to care about the truth, or even having to accept the premise that the words they say actually matter. Given that even those with the power to fix the disinformation problem are also a cause of the disinformation problem – “how do you trust the information you’re receiving?” – asked Mr. Belfer to the panellists.

On this question the panellists were in agreement: educate yourself, be sceptical, take the time to fact-check, and do not to succumb to the notion that objectivity is impossible. To this end, Mr. Politi’s advised not to take for granted that “someone who has lied will continue to lie – each time you have to ask yourself why.”

Taking up the mantle of the philosopher sceptic, however, needs to be further unpacked, as the problem we have does not seem to be one of a lack of scepticism. Everybody is already sceptical, and perhaps rightly so. For example, let’s apply Mr. Politi’s case-by-case advice to a case from Wednesday, when the WHO Director-General hit back against Trump’s claims that the UN agency had been “China-centric.” Just who can we trust, when a recent online video interview clearly shows the World Health Organisation (WHO) Assistant Director-General refusing to field a question about Taiwan? Trump?

Maybe authoritative institutions have good reason to hide certain things from the public. Maybe the Centre for Disease Control (CDC) had to lie, as they did, about masks not being effective despite the many research papers that already showed the contrary to be true.

But, as Mrs. Klimes said during the talk, when complicated problems make it “difficult for politicians to give a straight answer,” this can lead people to other sources of information; to celebrities, say, whose ignorance can either be harmless, (Gal Godot’s celebrity singing video), or nefarious (celebrities in China who are paid to promote pro CCP information).

Without making sure the sceptical position is properly understood, such advice might just drive people to do more research, only badly – by looking for a one true source, rather than embarking upon the desired process of evidence-based reasoning. And during a pandemic, it might be that it actually becomes counterproductive to urge people to engage more with the issues of the day, and risk replacing the now widely established social-distancing norms with a hysterical obsession with risk minimisation.

Take, for example, the Black Plague. This led to the supersitious ‘miasma theory’– that a poisonous vapour in the air was causing people to die. The Black Death was not, of course, caused by anything in the air, it was caused by bacteria, but interestingly enough those who were convinced that it was in the air led reclusive lifestyles, which protected them from exposure to the bacteria anyway.

In times of crisis, then, the educational project might have to be put on hold. This can seem highly counterintuitive. In Iran, for example, video footage shows Shia pilgrims licking the shrines in the holy city of Qom during the coronavirus epidemic, and this could surely be stopped through education. Indeed, Mr. Alwadai, who outlined in tremendous detail the blatant and rigorous disinformation campaign being pumped out by the Iranian regime, talked about how, “people still think they are protected by god and that they can go to shrines,” behaviour which Mr. Alwadai branded as “insane.”

However, if Shia religious practices meant that instead of licking shrines, people were more likely to wash their hands, should it still be classified as “insane”, just because people are making decisions on the basis of a non-medical authority? Should we want to rid people of faulty reasoning all the time and in all cases? How much of our faulty reasoning might be saving lives?

This is a philosophical point: that objective truths can sometimes be sub-categorised into behavioural truths; or ways in which you can be right, but for the wrong reasons.

It may be that during a time of crisis and in some cases, it does become counterproductive to urge people to engage even more than they already do with the issues of the day, in case they don’t accidentally fall down a disinformation rabbit hole, such as one of the many conspiracy theory Youtube wormholes.

Instead, people might be urged to cultivate what Mr. Politi at one point called an “ecology of mind.” During a pandemic, some need more information, others need to limit their exposure.

Consider logging-off, in other words. After all, and to borrow again from Mr. Zinkanell, “(our) vulnerability is based on dependency on the digital sphere… on interconnectivity… on Zoom.” 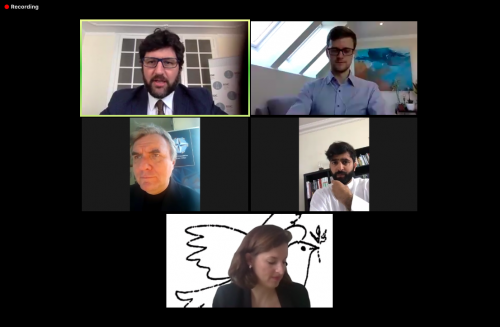