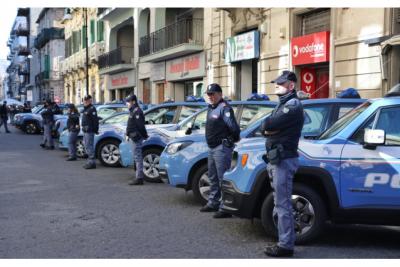 REGGIO CALABRIA – The Mayor of Sant'Eufemia, Domenico Creazzo, was one of 65 people arrested by police on allegations of electoral blackmail, adjusted trials, and a host of other mafia-related crimes, according to the Anti-Mafia Directorate of Reggio Calabria.

The police operation named 'Eyphemos' ended on Tuesday, with the investigating magistrate ordering pre-trial detention in prison for 53 suspects and house arrest for the remaining 12. Those involved are alleged to have been involved in a criminal network that stretched from Lombardy, Marche, and Umbria, to as far away as Australia, report Avvenire.

Creazzo was central to the investigation, as prosecutors claim that he implemented plans to rig the recent regional elections in Calabria by using the 'Ndrangheta to obtain votes in exchange for favors. Investigators claim that he did this through one Domenico Laurendi, who “was able to obtain votes in exchange for favors thanks to his links with top figures of the Alvaro gang, in order to defeat political opponents," as quoted in Il Fatto Quotidiano.

The Anti-Mafia Directorate have also asked for permission to arrest Forza Italia Senator from Calabria, Marco Siclari, whose brother, the mayor of Villa San Giovanni, was arrested one month ago – they claim that the 'Ndrangheta has members at the top of the government, the elective assembly, and the municipal administration of Aspromonte.

Alongside allegations of political corruption, the prosecutor has made allegations of private and public violence. During the investigation, the mobile team not only uncovered pistols and rifles, but also intercepted references to a bazooka and the making of an explosive device, according to Il Fatto Quotidiano.

Local to Italy, the Alvaro gang in Sant'Eufemia d'Aspromonte acted as the lynchpin for the 'Ndranghetta's operations. The investigation has also revealed crimes relating to drugs, and suggests that organized Italian crime is still characterized by a rigid hierarchy with titles and ranks, according to strettoweb.

The investigations further revealed that political representatives from Sant'Eufemia d'Aspromonte made important decisions regarding the mafia's international exploits, with some suspects even having travelled to Australia to resolve 'Ndranghetta disputes, report Il Fatto Quotidiano.

"The scrupulous investigation conducted by the Palmi Commissariat, the Reggio Calabria Mobile Squad and the National Anti-Crime Directorate that led to the operation offers an insight into local politics that does us no honor," said the prosecutor of the Republic of Reggio Calabria, Giovanni Bombardieri.