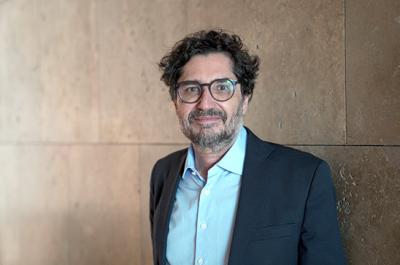 ROME – Avinoam Shalem was appointed director of the American Academy in Rome (AAR) on Friday, following an announcement from the AAR President and CEO Mark Robbins.

“The Academy is very fortunate to have a scholar of Avinoam Shalem’s caliber providing a fresh and varied perspective as director. His academic achievements, intellectual generosity, and global approach to scholarship make him an ideal choice,” Mr. Robbins said.

The AAR is a not-for-profit institution which focuses on the arts and humanities, and Mr. Shalem’s term as director is set to begin in July 2020. Mr. Shalem has a history of working with the AAR, having worked as an advisor for the research seminar ‘Framing Medieval Mediterranean Art and Archaeology’, and on a recent AAR conference, ‘Islamic Art and Architecture in Italy: Between Tradition and Innovation’, as reported in an AAR press release.

Mr. Shalem is a historian who specializes in the history of Islamic art, with a strong emphasis on Arab art in the Mediterranean Basin, the Near East and the Levant, as well as in Spain, southern Italy and Sicily. He has written over one hundred articles on themes such as the migration of objects and medieval aesthetics.

Founded in 1894, the AAR aims to aid the research of artists and scholars who are leaders in their fields and whose work goes on to be displayed in museums, concert halls, libraries and universities around the world.