Corruption allegations in construction of AS Roma stadium 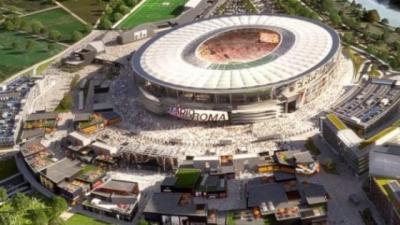 ROME – Marcello De Vito, president of the Capitoline Assembly (Rome city council) and spokesperson of the Five Star Movement, risks charges of corruption over the construction of the new AS Roma stadium, according to judicial sources.

The Stadio della Roma is the temporary name for AS Roma’s new homeground, planned to be built in the Tor di Valle area of Rome. At 1.00 p.m. on Tuesday, prosecutors Barbara Zuin and Luigia Spinelli closed their investigations into the construction with at least a dozen people now at risk of charges of corruption, tax offenses and trading in influence, reports Corriere Della Sera.

Camillo Mezzacapo, De Vito’s lawyer, has also been implicated. Following Carabinieri raids on offices in Rome, the prosecutors have claimed that a series of bribes were paid by builders to De Vito through Mezzacapo. Bribes worth 48,000 euros were moved into the bank account of a company with links to De Vito, along with a payment of over 24,000 euros due to his influence over permits to build, reports Il Sole 24 Ore.

The prosecutors also allege that De Vito managed the transferal of professional assignments through Mezzacapo’s law firm via a company called Silvano Toti Holding. The president of the board of Silvano Toti Holding, Pierluigi Toti, would then use these invoices to declare operations that did not in fact exist, according to Il Sole 24 Ore.

In the indictment, De Vito is accused of “abusing the quality and powers of president of the municipal council of Rome,” as quoted in Corriere Della Sera. It is also alleged that De Vito is implicated in bribery over the redevelopment of the Marcati Generali, a modern civic center in Rome, and has been linked to payments made with the objective of buying the approval of the city council for constructions in the area of the Ex Fiera di Roma, reports nuovomille.

Majority shareholder of AS Roma, James Pallotta, has reached a preliminary agreement with American Dan Friedkin over the sale of the club, although no formal agreement has yet been reached. Given the delays to the stadium, speculation has begun as to whether Friedkin will want to scrap the plan to build in Tor di Valle and build the new stadium in Tor Vergata instead.