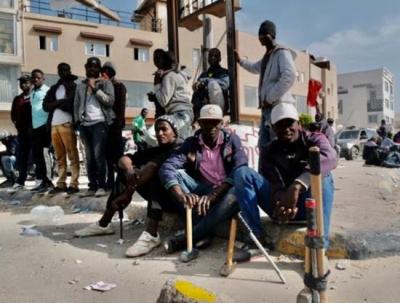 TRIPOLI – Given foreign interference and more violent clashes between Khalifa Haftar’s Libyan National Army (LNA) and Fayez Sarraj’s Libyan Government of National Accord (GNA), the GNA “will be forced to reconsider its participation in any talks,” their press office said on Monday.

At the Berlin Conference on Jan. 19 the United Arab Emirates, Egypt, Russia, and Turkey agreed on a Libyian ceasefire with EU countries, and to stop lending support to rival groups in the region. On Jan. 25, the United Nations Support Mission in Libya released a statement which said that it “deeply regrets the continued blatant violations of the arms embargo in Libya, even after the commitments made in this regard by concerned countries during the International Conference on Libya in Berlin.”

This breakdown in diplomacy has occured at a time when there is a great risk that the Libyan conflict will continue to intensify, with reports of civilian shelling, according to Middle East Monitor. Furthermore, investigative reporting from Corriere Della Sera has revealed that there are locations in Tripoli where migrants are being picked-up and employed as mercenaries by the GNA. Economic migrants from Chad, Eretria and Sudan, are being unofficially enlisted and reportedly earn 300 euros a month, in order to sustain the fighting.

On Monday, the GNA reclaimed the small town of Abugrein from the LNA who had captured the town only the day before. This skirmish happened close to the city of Misrata, towards which the LNA are currenly moving from the city of Sirte. There are also reports of rebel forces massing near Abu Grein, a city currently controlled by the LNA, according to La Stampa.