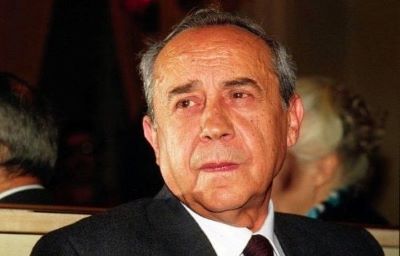 PALERMO – The Palermo city library was scheduled to be dedicated to Sicilian writer Leonardo Sciascia on Wednesday, the 99th anniversary of his birth.

A novelist, essayist and politician best known for his Mafia crime novel Il giorno della civetta (The Day of the Owl,) Sciascia was born in Racalmuto, Sicily, on Jan 8. 1921.  He had strong links to Palermo – a city councillor in the later 1970s, he lived in Palermo for 22 years and died there in 1989.  He is considered one of the most important writers of twentieth-century Italy.

Mayor of Palermo Leoluca Orlando is among those scheduled to take part in the re-naming ceremony, planned for 4.30 p.m. at the library and including, in the evening, a show with music and readings of Sciascia’s work.  Rare and special editions of Sciascia’s works possessed by the library will be on display for the occasion.

The evening show and exhibition, “La Sicilia, il suo cuore” (after Sciascia’s 1952 poetry collection of the same name) will also be held in the library and will be free of charge.

Aiming to celebrate and remember Sciascia and encompassing the various forms of his writing, which range from poetry to journalism, the event will use three stations and a choral epilogue to highlight his originality as a writer, organisers the Comune di Palermo say.