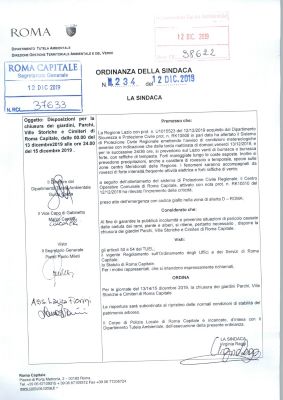 The city’s mayor, Virginia Raggi, ordered them all closed from Friday night until Sunday night.

Lessons have also been suspended at the city’s Sapienza university and the mayor advises limiting travelling as much as possible, Il Messaggero reports.

However, many have been complaining that there was not enough notice of the measures, which were announced only on Thursday evening, leaving parents without time to make arrangements for children unable to go to school Friday, Il Messaggero said.