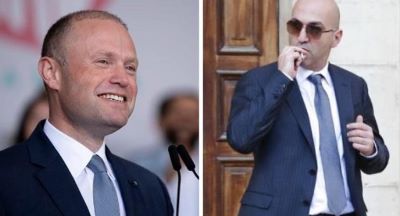 LA VALLETTA – The alleged “middleman” in the killing of Daphne Caruana Galizia was testifying in court Wednesday, The Times of Malta said, as investigations in the case that has shaken Malta proceed.

The Dutch MEP Sophie in ‘t Veld, leader of the European Parliament’s emergency fact-finding mission to Malta, told reporters in La Valletta Tuesday that “I think everybody recognises, including the prime minister himself, that he has made some serious errors of judgment and I would say that staying on longer than necessary is another error of judgment.”

On Tuesday, The Times of Malta published details of a handwritten letter from alleged middleman Melvin Theuma, that was found by police searching businessman Yorgen Fenech’s property.

According to The Times of Malta, the letter claims that both Fenech and Keith Schembri ordered and funded the murder.

Keith Schembri, former chief of staff to Muscat, resigned on Nov. 25.  On Nov. 27 it was confirmed that he had been arrested, but he was released without charges after two days of being questioned by police.

Protestors at a large demonstration on Tuesday outside police headquarters in Floriana (a town just outside La Valletta) demanded Schembri’s re-arrest and stuck a giant print-out of Theuma’s letter to the gate, The Times of Malta said.

304 academics from the University of Malta have signed a petition calling on Prime Minister Joseph Muscat to either resign or be removed “with immediate effect”, The Times of Malta reported.

People in Malta are also being urged to write to the Holy See to ask Pope Francis to cancel his scheduled meeting with Muscat on Saturday, The Malta Independent reported.

The Maltese parliament rose for Christmas recess Wednesday, The Times of Malta said, after an unusual session in which the Budget estimates were unanimously approved in the absence of the entire Opposition, as both the Nationalist Party and independent MPs are boycotting any events in which Muscat appears as prime minister.