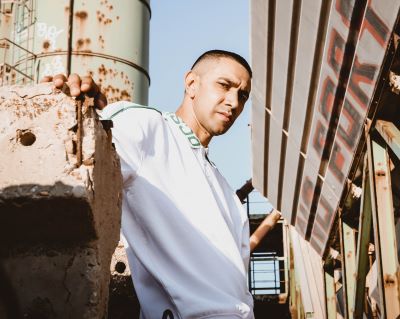 ROME -- Under the current citizenship laws in Italy, the beginning of a domicile relationship with the streets of your city, is a state which starts at birth. These are the domicile rights passed on because it is the land and place of family and forefathers.

And this is also the “Ius Sanguinis,” side of the debate. The notion that blood rights guarantee the status of citizenship by default of a person’s birth.

Such definition obviously allows no room for the creation of a domicile relationship with a country, such as Italy, which is a key route into mainland Europe.

According to Istat, 3,717,406 million non EU citizens now live in Italy, and while the migratory numbers of people into the country has increased since last year, the granting of citizenship has declined significantly.

The lack of correlation between the two sets of figures must naturally force great numbers into a precarious legal status. That millions of people within the population are living in a state of legal nomadism is a topic which has been raised by the Italian rapper, Amir Issaa.

A kid from the neighbourhood of Torpignattara, Amir’s mixed race heritage – an Egyptian father and an Italian mother – meant that he lived in such a legal status until gaining citizenship at the age of 18.

This is the age at which young people are first able to start the application process for citizenship, and there are no guarantees.

At least with half his parentage being Italian, Issaa went through a relatively straightforward process. Yet for those for whom neither parent is Italian, the process is far more complicated.

This has become a topic of focus for Issaa’s artistic career. For in attaining citizenship for himself, Issaa did nothing to alleviate the fact that citizenship denial is a type of opportunity denial that creates a social underclass.

‘Ius Music’ is a song which was released by Amir in 2014 and drives right to the heart of a debate of right by soil, or right by blood.

This is the other side of the debate, the land rights of ‘Ius Soli’ – rights to citizenship based on being born on the land, the rights of those born on Italian soil to Italian citizenship.

The argument from soil is particularly relevant to the Italian situation and was raised earlier this year when an Italian born girl, of Nigerian heritage, Great Nnachi, achieved a record in the pole vault.

It was the achievement of a non-Italian citizen, and so a record which Italy had no right to lay claim to. And it was also an event which highlighted the real life implications of the legal situation.

That the loss can become severe is clearly seen by the way lack of legal recognition is a dark sideline on Italy’s cities. This is what it meant to come from the neighbourhood of Torpignattara. Where a few decades ago, the place was an icon of poverty and underclass.

It is a situation which at the age of 41 Issaa recalls in his latest single. Released last year, ‘Quando Hai Perso Tutto’ (‘When you Have Lost Everything’) is Issaa’s fight back. His continuing statement that a home must foster integration. And that if it does not, the consequences are a society which creates renegades of its most talented.

This is also the precise history of rap. A culture of music which emerged out of the fringes of a group which did not hold the common rights to make them feel otherwise socially cohered.

And if we consider that there is such a blood origin to citizenship rights, then the natural consequence is a non participatory relationship with society for a great number of immigrants. A country does not guarantee a home if the basic statutory rights on offer do not include legal recognition.

And this is where rap comes in. The ultimate existing in fact, even if society refuses to accept us genre. Claiming rights ‘de facto,’ a term which means to hold a position in fact, but not necessarily by legal right.

A way of giving voice to all those born to non Italian parents, de facto citizens and so de facto people. Those who are a social reality, kept back from the chance for legal actuality.

A means by which all those sidelined through race, colour or demographic, found the chance to state their reality.

And to do so outside the peripheral areas of gang culture, violence and crime. To socially integrate through an underground genre. The culture of rap, the ultimate de facto, brash and outspoken call to belonging

This was certainly the function rap had for Issaa. And the exact reason why Issaa speaks so prolifically, not only through his music, but also as a lecturer on citizenship rights across the United States.

Continually making the connection between rap and the fight for citizenship and thereby giving voice to all those born in an incognito legal status. A state for which rap and hip-hop often function as a homing device.