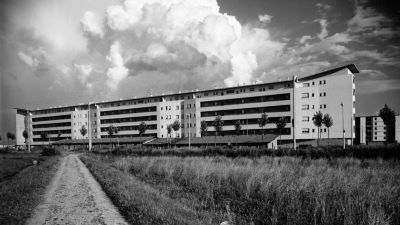 ROME – An exhibition on Italian architect Gio Ponti opened Wednesday at MAXXI with a fascinating display of plans, drawings, magazines and architectural models.

“Gio Ponti: amare l’architettura” (or “loving architecture”) introduces visitors to the architect who built such landmarks as Milan’s Pirelli Tower, the Taranto Co-Cathedral and parts of Padua University.  A Milanese architect, furniture designer, artist and writer, Ponti's career spanned much of the twentieth century.

National Museum of 21st Century Art (MAXXI) director Giovanna Melandri outlined how Ponti’s is a “living legacy” that continues to inspire young architects, and how the exhibition demonstrates the dialogue between architecture and art.

Tower blocks and concrete all too often seem soulless, but Ponti managed to introduce an element of lightness and style to them.  His architecture was not about keeping nature out, but interacting with it.  And although he was unquestionably a man of his time, looking at Ponti with modern eyes it is striking how farsighted his concern with urban sustainability seems.

Ponti’s work ranges from tower blocks to individual items of furniture.  The exhibition focusses mostly on the architecture, without neglecting the international work – such as the Italian Cultural Institute in Stockholm – of an architect who, although predominantly associated with Italy, designed buildings for a number of cities around the world.

The exhibition makes good use of the extensive Ponti archives.  Although it cannot cover everything, it is detailed in its presentation of his work through a variety of media, from videos of the architect to the journals which, the curators stressed, were a key part of his work.

Gio Ponti.  Amare l’architettura is at MAXXI until March 13.