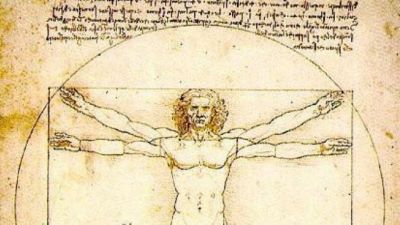 Conservation group Italia Nostra’s appeal to keep the drawing in Venice’s Gallerie dell’Accademia and prevent its loan to the Louvre was rejected on Wednesday.

The ruling overturns the previous decision of a Rome regional court that the exhibit could not be loaned to Paris.

The Veneto judges said they were satisfied with the measures that would be taken to protect the work and described the appeal as “insufficiently founded” according to judicial sources.

They cited past loans of Bosch’s Visions of the Afterlife and a Michelangelo drawing in justifying their decision.

Vitruvian Man is one of the most famous works on human proportion, drawn by Leonardo da Vinci in approximately 1490.

It will be on display at the Louvre from Oct. 24, a highlight of an exhibition celebrating Leonardo da Vinci 500 years on from his death.