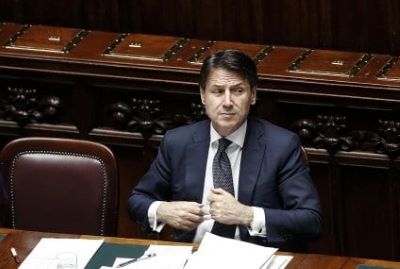 ROME – Italian prime minister Giuseppe Conte is facing severe criticism from his political allies and competitors on issues surrounding defence and the secret services, according to political sources.

The Five Star Movement is attacking him over the purchase of military aeroplanes from the US, and Italia Viva leader Matteo Renzi is demanding clarification over US meetings with Italian secret service leaders that are allegedly linked to Trump's counter-investigation to Russiagate.

The Corriere della Sera reports that Conte confirmed the purchase of 90 F-35 military aeroplanes from the US with US Secretary of State Mike Pompeo, who visited Rome in early October.

Conte has said that he agrees to renegotiate, say government sources, in the face of severe criticism from the Five Star Movement.

In 2012, reports Corriere della Sera, the Italian government reduced a 1998 agreement to buy 131 of the planes to 90, at an estimated cost of around 14 billion euros, although some of this will go to the Italian industries which produce the aircrafts’ wings.

Renzi asked Conte to “clarify” on security service meetings with US justice minister William Barr, and says that Conte “should go to Copasir and explain everything about the spy story,” according to Corriere della Sera.

Copasir is an Italian parliamentary body which oversees the activities of the Italian intelligence agencies.

Palazzo Chigi has stated that “the president will first clarify in the appropriate institutional setting, the Copasir, the whole affair, and then he will also clarify publicly,” political sources report.

The heads of the Italian intelligence agencies met Barr twice, in August and at the end of September.  The first meeting, authorised by Conte, was between Barr and Gennaro Vecchione, head of the Department of Information Security, says the Corriere della Sera.

At the second meeting, John Durham, who is running the counter-investigation to the Russiagate scandal, and the heads of the Italian internal and external security agencies were also present.

Despite pressure from Renzi and others to cede control of the secret services, Conte appears determined to remain in charge, and is also refusing to replace Vecchione.