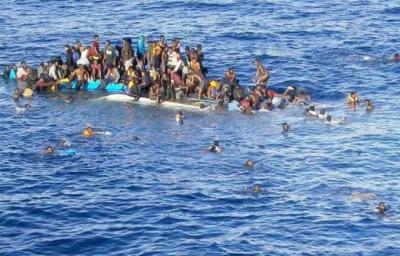 LAMPEDUSA – Nine bodies have been recovered after a small boat carrying around 50 migrants capsized off the Italian Island of Lampedusa, the Italian Coast Guard said on Monday.

The Coast Guard patrol boat had spotted the “overloaded” boat six miles from the island.

But when the migrants saw the patrol boats approaching, they all moved to one side of the small craft, causing it to overturn.

Twenty-two migrants were rescued during the operation, which took place in adverse weather conditions.

In a Twitter post, Médecins Sans Frontières (MSF) said it “has been tasked by Italian maritime authorities to assist in the active search for survivors.”

It is not known if the human trafficker, who is wanted by the Agrigento Public Prosecutor’s Office, is among those missing.