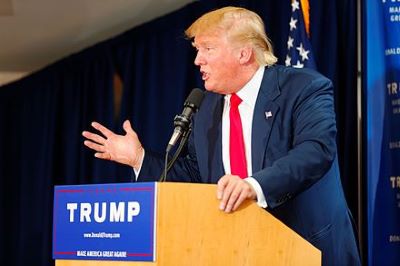 ROME -- It is very likely that the idea of impeaching Donald Trump will be a boomerang-- Trump fans are listening to a furious campaign which smacks of coup d’etat and call his accusers traitors who deserve to go to jail. In the first three hours after the announcement of the Speaker of the House of Representatives, Nancy Pelosi, that an impeachment process would be launched, Trump received a million dollars, five million in 24 hours, and 8.5 million in two days. His campaign received 50,000 new donors.

Trump won the election by just under 80,000 votes. It should be borne in mind that the US electoral system does not elect the president by the majority of the votes of its citizens, but by delegates that each State elects to vote the president. For historical reasons related to how the Union was created, the less populated and less developed states have proportionately more delegates than the large and wealthy states.

Trump ran his campaign in the less developed and less populous states, and in practice ignored the big cities and the most populous states, like California. In the popular vote, that is of citizens, Democratic candidate Hilary Clinton won by three million votes.

I think the Democrats have done Trump a great favour. In any case, even if the impeachment passes in the House of Representatives (where the Democrats have a majority), it has very little chance that it will pass in the Senate where, again for historical reasons linked to the creation of the United States of America, each state has two senators, regardless of its population.  Wyoming, with 578,000 inhabitants, has two senators, as does California, the most populous state in the country, with 37.2 million people.

And it is precisely the less developed states and those with smaller populations that allow Republicans to have the majority in the Senate. For the impeachment to be successful, a two-thirds majority of senators would be needed, which is highly unlikely.

The only possibility is to increase the number of voters, who do not exceed 50% of those who have the right to vote. But will the impeachment have this impact? Are the citizens of the less developed states going to increase their electoral participation in protest at Trump’s actions? There is no evidence of this, and much will depend on who the Democratic candidate is going to be.

The camapign of demonising Joe Biden is going to have some impact. And the progressive candidates, Bernie Sanders and Elizabeth Warren, are the kind of politicians who seem too elitist in the states that vote for Trump. They are very conservative regions, and Trump has the unconditional support of the Evangelical Church, which is estimated at 40 million parishioners, while the Catholic Church is very conservative. Obviously, if there is an economic crisis, this could have a transverse impact since Americans traditionally vote with their pockets. But, for the moment, 90% of Republican voters – as well as his parliamentarians – remain loyal to Trump.

Herein lies the fragility of democracy, when it is based on non-democratic rules. Boris Johnson was elected prime minister, not by the British people, but by around 160,000 members of the Conservative Party. The difference is that Johnson has had to expel 21 members of his party, all high-profile parliamentarians. He has been blocked on his personalist and authoritarian path by the Supreme Court, which has annulled his decision to prorogate Parliament. In the United States, no like-minded parliamentarian has criticised Trump, and the Supreme Court has a Republican majority, which will change the American legal system considerably.

The lesson that comes out of all this is that democracy works if it has laws that guarantee the balance of powers and there is a conscious and interested citizenship in the common good, not divided in a partisan way, where the other is considered an enemy and not one that has different ideas.

The case of Brexit and Trump are good examples. But let’s not forget the case of Hungary, where Viktor Orban, after being democratically elected, developed a xenophobic policy against migrants, carried out tight control of the press, the National Election Commission and the judiciary, enriched his faithful with funds from the EU, changed the entire electoral system accommodating it to his party and then declared himself follower of an illiberal democracy.

Given the possibility that the united opposition will win the municipal elections in Budapest on October 13, Minister Gergely Gulyas, chief of staff of Orban, has warned that in this case, the government would cut funding to the capital city.

The style has been similar to that of Hitler and Mussolini, who came to power in a democratic way and then eliminated democracy by identifying an enemy of the people, in whose name they said they spoke: Jewish power.

Today the main targets of the populist and xenophobic right for raising its electoral quotas are immigrants.

Brexit was largely due to the announced arrival of millions of Turks, who were not even in the European Union. Trump made the Mexican and Central American “invasion” the strong point of his defence of the American people, along with the Chinese threat. If the voter swallows these mythologies, democracy is certainly in danger.  Trump and Johnson are just the tip of the iceberg.