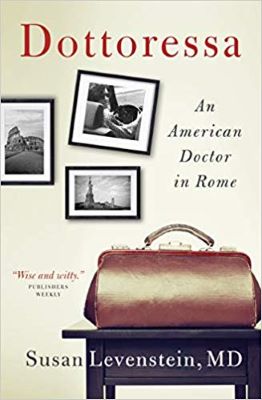 In the late 70s, many young Italian doctors probably dreamed of emigrating to the USA, to work in a major urban hospital or perhaps start a practice in some small university town. Susan Levenstein, an American MD trained at Harvard and the Mount Sinai School of Medicine and author of  Dottoressa, An American Doctor in Rome,took the opposite course, leaving behind rosy career prospects and a three-bedroom apartment on the Upper West Side, to practice medicine in Rome.  Initially intended as a one-year experiment, her Italian adventure turned into a forty-year stint.

Tomes have been written about Italians at table in attempts to capture their cultural quintessence but the examination table offers Levenstein a unique vantage point from which to observe the Italian character, diet, approach to love and sex, and philosophy of life.

Finally an expat memoir which is not about food, foreign men or house renovation, rich with insights into what makes these irresistible Italians tick.

Eternal City, Eternal Wait. The early chapters deal with the bureaucratic obstacles to obtaining her medical license, a three-year process akin to childbirth, she reports — requiring the collecting of innumerable certificates with apostilles  including a very Kafkaesque “certificate of existence.”  She soldiers through this red tape with ironic detachment. “You have to accept the deliberate unspeed of Italian timetables if you want to be liberated by their corresponding laid back life style,”  she remarks. Still the bureaucrats she meets were incredulous. “What’s an American doctor doing moving to this second-rate country?” they demanded. In  Dottoressa, she gives them her response.

Her plans to work in a public hospital or for the National Health Service were quickly squashed. The former did not pay and in the latter, you had to wait until someone died leaving a vacancy before you could get your foot in the door. Private practice was the only option, but a friendly colleague warned her not to waste money on office rent — no Italian would consult a doctor with less than twenty years’ experience. Still she managed to attract an eclectic circle of Anglophone patients: embassy personnel, international aid workers, tourists, students, airline pilots,  neighbors, and as her reputation grew, Italians from every walk of life.

Levenstein’s memoir plays out across the background of Rome in the years of protests, bombings, the rise of feminism, gli anni di piombo, when the city seethed with political unrest, stretching on into the  AIDS era, the unheroic Berlusconi years up until the present.

While providing some scary glimpses into the practice of medicine in the old days, Levenstein delights  the reader with her wry wit and verve (“In Italy punctuality is a vice,” she announces). Her anecdotes of patient encounters range from the hilarious and the dramatic to the poignant and bittersweet, like the story of the monk who when informed that prayer might help his health condition, replies with a sigh, “We don’t do that so much any more.”  All are told with  a nonjudgmental, deep sensitivity  and humor which are the hallmark of her style.

As she grows deeper into Italian culture -  she begins to feel out of touch with her own and continually finds herself investigating the differences between the two worlds to which she belongs. For example, “Americans take medications to browbeat their diseases into submission; Italians hope they’ll nudge the body into rediscovering its natural equilibrium.”

Although Levenstein admires the technological and pharmaceutical progress of American medicine, she concludes that Italians have much to teach us regarding the maintaining of optimal health by taking time for family, relationships, healthy food, leisure and pleasure. The book ends with a three step recipe for better healthcare in the USA. “Learn to live like Italians.” 2. Shrink the bap between high and low incomes,  3. Give everybody access to healthcare — not just insurance, actual doctors.As the debate over universal healthcare, cost-cutting, and co paying continues, Levenstein offers some timely, illuminating advice packed into a fascinating expat memoir both thought-provoking and fun to read. 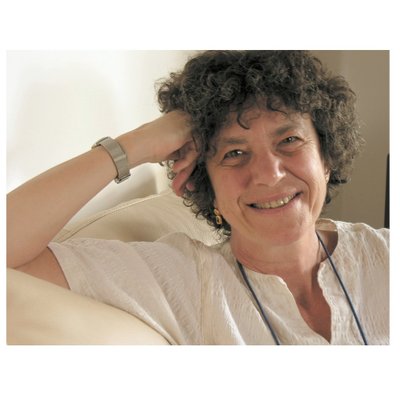