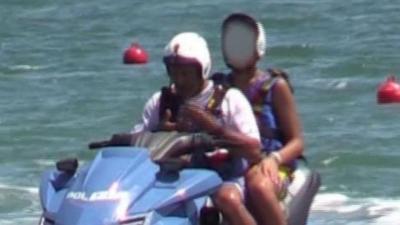 ROME – Three police officers are being investigated in relation to a Jet Ski joyride taken by the son of former Interior Minister and leader of the Northern League Matteo Salvini, police sources said on Friday.

The episode occurred at Milano Marittima on July 30, when an officer took Salvini’s son for a spin on the police watercraft.

The three officers were formally identified following a request to the Interior Ministry after a journalist from daily newspaper La Repubblica tried to film the scene but was stopped by the officers.

The incident sparked controversy over the misuse of police resources.

At the time, Salvini admitted to making a mistake.

“My son on the police watercraft? Dad’s mistake,” Salvini said.

“No responsibility should be given to the policemen, who on the contrary, I thank because every day they risk their lives for our country," he added.

The three officers – part of the security detail of the ex Interior Minister – were interrogated at the Ravenna Public Prosecutor’s Office Thursday in the presence of their lawyers.