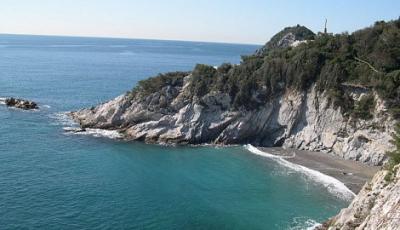 BERGEGGI, Savona – A 17 year-old boy has confessed to throwing from the cliff-top above a beach, a bin that hit a 12-year-old French boy in the face, landing the victim in Genoa hospital’s intensive care unit, police sources said on Tuesday.

The incident, which happened on Saturday evening at Bergeggi beach in Liguria's Savona province could have been worse, police said. Up until an hour before the bin was launched, the victim’s sister had been sleeping at the bin’s “point of impact.”

Fortunately she had “recently moved for comfort reasons,” the Carabinieri said. “A fundamental coincidence given that otherwise the impact would have killed her.”

The victim was instead hit, sustaining a head injury, after the 10 kilogram bin bounced.

The teen offender told police he “was very sorry” and he “didn’t know that there were people down below.”

Police said he had left a nightclub at around 3 p.m., stopping at the sandwich kiosk, which was closed.

“At that point he thought of throwing the bin on the beach, convinced he was launching it directly into the sea,” lead investigator Dario Ragusa said.