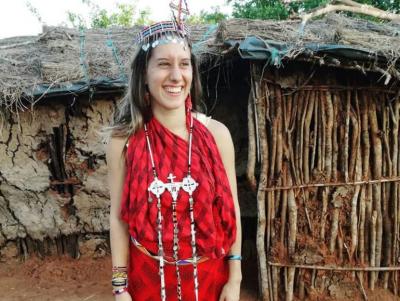 ROME – Kidnapped Italian aid worker Silvia Romano had filed a complaint against an Anglican pastor accusing him of molesting some girls before she went missing, Il Fatto Quotidiano reported on Tuesday.

In a voice message to a friend, the now 24 year-old Milanese volunteer said she had reported the incident to police and had been reassured the pastor would be arrested the following day.

But no trace of her complaint was found in the Malindi police records.

Marian, the investigator who had taken the report confirmed on Monday the conversation with Ms Romano but claimed that she had written her statement on a personal notepad and had not transferred it to the official folder.

“Silvia wasn’t able to give the names of the girls or that of the priest, identified only later,” Marian said. “Her story did not have the details necessary to be able to investigate. So we didn’t report it.”

The hearings against defendants Abdulla Gababa Wari and Moses Luwali Chembe have divulged more baffling revelations: Silvia was kidnapped to force the Italian embassy to pay a ransom “as an explicit condition for the release of the girl,” but Italian authorities knew nothing about it.

"No one showed up here. Neither diplomats, nor the Carabinieri ... someone arrived immediately after the kidnapping of Silvia on November 20. Then nothing," police said.

The first hearing took place on July 29 in the village of Chakama, where Silvia had been kidnapped, to enable witnesses in the area to be interrogated. One of the defendants, Moses Luwali Chembe is free on bail of 25,000 euros. Questions are being raised over who provided the money, given the man reportedly lives with his family in extreme poverty.

The trial continued on July 30 in Malindi where the two defendants, Abdulla Gabab Wariu and Moses Lwari Chende appeared in front of the Malindi Court.

A third defendant, 35 year-old Somali Ibrahim Adan Omar, will be tried on August 19.

Ms Romano was abducted by gunmen in Kenya last November. She had been working for the Italian NGO Milele Onlus, a non-governmental organisation whose mission is to raise literacy levels, when she was abducted from a rented house at Chakama trading centre on Nov. 20, 2018.

It has been claimed that Silvia was still alive at least until Christmas day, when she was sold to another criminal group.