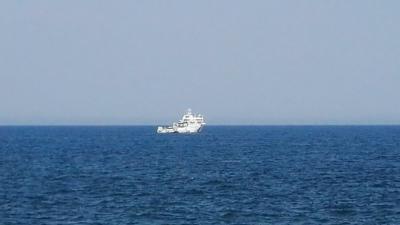 ROME – Interior Minister Matteo Salvini is giving his blessing for the migrants aboard the Gregoretti Coast Guard vessel moored in Augusta, Sicily, to disembark now that five European countries have agreed to take them in, he announced via Facebook on Wednesday.

“Problem solved, because 5 European countries, Germany, Portugal, France, Luxembourg, Ireland and some bishops' facilities in Italy will take care of the 116 migrants on board,” Mr Salvini said.

“In the next few hours I will give authorization for the disembarkation because we’ve had the guarantee that they won’t remain at the expense of Italian citizens who already have their problems.”

The migrants, who had set off from Libya and were rescued by Italian patrol boats before being transferred to the Gregoretti Coast Guard patrol vessel, have been stuck since Saturday night at the Navy’s NATO wharf on the bay of Augusta, in the province of Syracuse, on the eastern coast of Sicily.

"The federal government and the German Ministry of the Interior announced Friday availability in the European Commission," a spokesman for the department headed by Horst Seehofer announced. The green light to disembark had already been given to 16 people who declared themselves minors (between 15 and 17 years).

While in Brussels, "at the request of Italy,” the Commission coordinated contact between Member States that intended to follow the example of Germany and declare themselves available to welcome the new arrivals.

The migrants still aboard the Coast Guard vessel sailed from Libya on July 25 on inflatable boats. Three were rescued by the Libyan coast guard, who also intervened on the sunken boat off the coast of Al Khoms, while three others continued to sail inside the Maltese SAR area.

The Valletta authorities have rescued a dinghy with about 100 migrants and at the same time requested collaboration with Italy, which sent two patrol boats on the instructions of the Ministry of the Interior. The patrol boats then transferred the migrants to the Gregoretti ship that first landed in Catania, where a woman, eight months pregnant, was disembarked. The ship then set course for Augusta where those on board were fed and a doctor from the Italian Ambulance Corps of the Order of Malta (CISOM) monitored the health situation.

"The German government expresses deep sympathy for the incident that led to the death of about a hundred migrants," spokeswoman Ulrike Demmer told a news conference after announcing Berlin's willingness to take part in the reception.

The European Commission explained that "following Italy's request, it began contact to support and coordinate all those member states that intended to take part in solidarity efforts regarding migrants still aboard" the ship.

According to Il Fatto Quatidiano, Interior Minister Matteo Salvini is ready to give the green light to avoid a repeat of the Diciotti case, in which rescued migrants and the Coast Guard crew were held "hostage" by the government and the head of the Interior Ministry who was investigated for kidnapping.