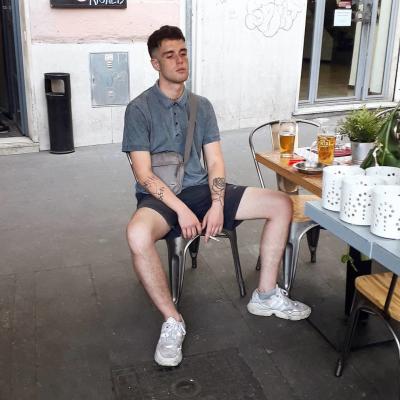 ROME – A naked rapper performing at the Rock in Rome festival was dragged off stage Thursday as an audience made up mostly of youngsters looked on, witnesses said.

The rapper known as Pretty Solero, who was said to have appeared to have been in a state of psychophysical alteration, jumped on stage and undressed to screams and applause but also boos.

According to witnesses, staff removed the Roman rapper after he began spitting at people backstage and head butted a bouncer.

Organisers are evaluating whether and on what grounds to file a lawsuit against the performer who is also known for his Trastevere digressions – he has already had a run in police over alleged narcotic use, Il Messaggero reports.

The singer was told to leave and after getting into a taxi began to publish a series of allegations, all denied by Rock in Rome.

“A bouncer put his hands in the face of the girl I was with,” he claims. “A fight broke out. They threatened me. I wanted to kill. I don’t have a gun but I can easily fix that, at my home, for example. They locked me in … a room, threatening me, after I defended a boy who was slapped."

The claims have been denied by organisers who quickly moved to interrupt the unscheduled and unwelcomed digression from the programme.