Vatican to open tombs in search for Orlandi 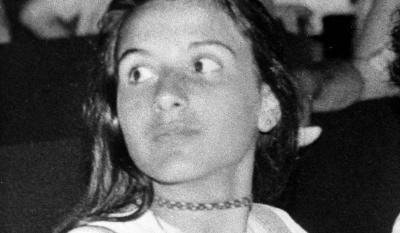 VATICAN CITY – Two tombs in the Teutonic cemetery will be opened in the most recent effort to solve the mystery of Emanuela Orlandi, 15-year-old  Vatican resident who disappeared in 1983, reports Il Messaggero.

The request was made by the family to open the tombs following an anonymous letter received last summer which suggested they "seek where the angel indicates," leading to speculation that they should excavate in the small cemetery just in front of Saint Peter’s Basilica. The Vatican launched an internal probe into the historic case in April.

The tombs will be opened on July 11. They are part of an investigation which has stretched some 36 years, driven by intense public interest in the case, media attention and the continued demands for justice from the Orlandi family.

Orlandi went missing on June 22, 1983, and despite supposed sightings over the years the case remains unresolved. She was the daughter of an employee of the Vatican bank, and the family lived within the small state. She disappeared while on her way to school. Just a month previously, another girl Mirella Gregori also went missing.

“The decision was taken as part of an investigation following accusations by the family of Emanuela Orlandi which, as is known, has in recent months reported amongst other things the possible concealment of her body in the small cemetery located within the territory of the Vatican state,” reported an official source from the Vatican press office.

Perhaps more significant than the letter itself, though, is the Vatican’s new willingness to engage in the investigation. The Orlandi family has always maintained that the Vatican knows more than it has so far revealed, though this is something the state denies.

Theories about the case have ranged from kidnap by fascist terrorists to the involvement of the Banda della Magliana, Rome’s notorious mafia group founded in the 1970s. Pope John Paul II visited the Orlandi family home at Christmas in the year that she disappeared and blamed “international terrorism” for the disappearance.

The news was welcomed by the Orlandi family. “I would like to thank sincerely the Vatican Secretary of State, cardinal Pietro Parolin, [because it is] certainly because of him that such courage has been shown in the investigation and in the decision to open the tombs. And I would also like to thank commander Domenic Giani, I understand he wants to bring clarity [to the case],” said Emanuela’s brother Pietro Orlandi.

He explained that the investigation was not only about these tombs: "Among the issues [we presented to the Vatican] are those linked to the discrepancies in the affair, the international legal probe requests that did not succeed, and then the possibility of questioning some cardinals and the request to hear from Giancarlo Capaldo, the magistrate who investigated Emanuela's disappearance in 2012 and who, after being contacted by the Vatican, went to see an authoritative prelate for a sort of 'negotiation' on the case."

"And then there's the request to carry out checks on one of the tombs in the Teutonic Cemetery on which rumours have been circulating inside the Vatican for years. But I don't want them to open this tomb to do me a favour, I want the truth to emerge".

Not everyone in the Vatican was keen on the idea, though.  “Unfortunately, this is a measure which will harm the good name of the state, which has been seen in recent years in the most shameful ways – firstly as a grotto of thieves, then as the kingdom of gays, and now as a den of murderers,” a member of the Vatican clergy was quoted saying in Il Messaggero. It is unclear from the quote whether the source believes the reputations to be merited or not, though his concern for the good name of the Vatican is evident enough.