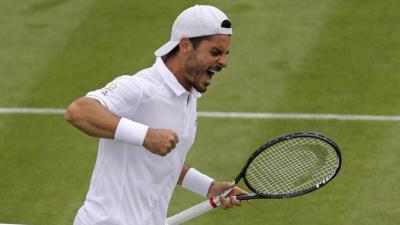 LONDON – Italian Thomas Fabbiano is through to the second round of Wimbledon, overcoming the odds to win over world number-six Stefanos Tsitsipas in a five-set battle, reports La Repubblica.

The Italian has form on London’s big stage. Last year in the second round he defeated three-times Grand Slam champion Stan Wawrinka who had reached the quarter-finals in the 2014-15 season and was then ranked third in the world.

Tsitsipas, who was born in 1998, is one of the most exciting young prospects in the tennis world. But he fell short against a veteran of the international circuit in the form of Fabbiano this time.

It remained close throughout but a few key moments were enough to turn it the Italian’s favour. Notably with the third set tied at 4-4, Fabbiano came back from 40-0 down, taking advantage of some unforced errors by Tsitsipas, and won the crucial third set.

Afterwards, Tsitsipas was gracious in defeat but visibly disappointed while speaking to press: “He undoubtedly played better than me, and fully deserved the victory. He probably deserved to win in three sets.”

He spoke candidly about the difficulties he faces at this stage of his career. “I have been struggling for a while and today I found myself wrong-footed on several occasions. Yesterday, I smashed a racket in frustration at training, something I never [usually] do… I will talk with my team and see if it’s time to take a break. Or maybe I don’t deserve a break.”

Fabbiano, meanwhile, was understandably pleased. “I am very happy, for me it was a good game. The audience enjoyed it too. It was a great atmosphere.”

He faces Ivo Karlovic in the next round, a tall Croatian veteran with a monster serve. Karlovic was world number 14 in 2008, and will present a significant challenge to Fabbiano.