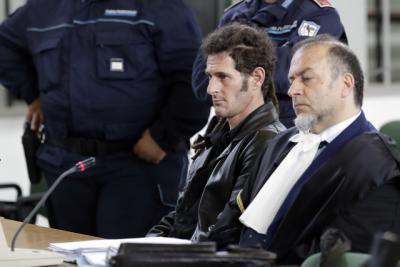 ROME – Massimo Galioto, accused of the 2016 murder of 19-year-old American student Beau Solomon, has been acquitted, reported Ansa. The 44-year-old man, who lived beside the Tiber where Solomon drowned, was cleared by judges of all charges on Friday.

The case gained notoriety because Solomon, from Wisconsin, was just 16 hours into a five-week course at John Cabot University when he was reportedly pushed into the river by Galioto.

CCTV footage purported to show Galioto, apparently drunk, push the young man into the fast-flowing river after a violent altercation. According to the prosecution, the fight broke out when Solomon accused a group of men living near the Ponte Garibaldi of stealing his wallet. After pushing the teenager into the water, Galioto supposedly went back to his tent on the river bank.

The prosecution had asked for a life sentence and Galioto faced charges of pre-meditated murder. Because of the combination of CCTV footage, the key piece of evidence in the case, and the confused testimony of Galioto’s ex-fiancée Alessia Pennacchioli, who changed her account at least five times, many will be surprised by the verdict.

The court of assizes cleared Galioto in the fullest possible way.