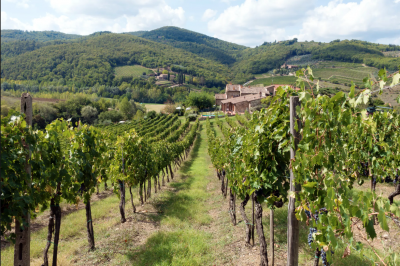 ROME - Tuscan reds are fast becoming the most loved wines across the world as recent export statistics boast of their strong performance in emerging American and Asian markets.

Research led by the Wine Monitor Nomisma, a leading observatory specialising in wine markets, has revealed that Tuscan DOCG (Denominazione di Origine Controllata e Garantita) reds have noticeably outperformed competitors, growing substantially in export numbers over the last five years in large part due to the impressive spread of the product into markets beyond EU trading agreements.

Between 2013 and 2018, the amount of Tuscan DOCG red wine exported outside the EU swelled from 61 to 69 per cent of total exports, a growth of over 50 million euros per year. Exports to Tuscany’s top 3 non-EU customers, the U.S., Canada and Switzerland, grew by 17 per cent, 16 per cent, and 47 per cent respectively, and accounted for circa 290 million euros worth of yearly revenue. Japan and China, two further key markets for the region, spent 14.2 million and 10 million euros respectively on red wine from the region in 2018 alone.

Such has Tuscany’s sustained growth been that it is now the second biggest regional red wine exporter in Europe, behind only Bourdeaux in France, and Chianti, the area’s most renowned red, has spearheaded the charge.

Although Tuscany’s most recent growth has been rather checked by the surge in demand for wines from the Veneto and Piedmont regions, it is still unquestionably the largest producer of red win in Italy in financial terms and, speaking at Chianti exposé in Rome, Giovanni Busi, President of the Chianti Wine Cosortium, spoke of his conviction that the region was still in its heyday.

He lauded Tuscany’s ability to consistently bring first-rate products to the table, and said the quality of their wines would serve the region well in future, ever more competitive and globalised markets. While noting that the region could not rest on its laurels, especially given the competition of comparatively nascent wine producing nations such as Australia and New Zealand, who have undercut traditional European wines financially but maintained a well-regarded standard, Busi was optimistic that Tuscany was well placed to expand into new markets. Speaking about Asia and Latin America in particular, he noted the growing demand for the region’s produce and spoke of the burgeoning thirst for Chianti acquired across Panama, Colombia and Peru.

Busi also stressed that, crucially, the region’s wine makers were more open than ever to adapting their products to tailor them to the varying palettes of each new market abroad and the distinct cultural idiosyncrasies surrounding wine drinking that these nations may have. Wines, he said, could be made softer or more delicate depending on a nation’s taste, and that Tuscan viticulturists would be working closely with their buyers to refine their recipes. The resulting approach is one that should enable Chianti, and Tuscany more widely, to continue to fare well on an international level in years to come.

Finances aside, Tuscan reds are widely synonymous with the region’s cultural identity and the Chianti Wine Consortium has since realised the potential for cultural exports. The enterprise has recently opened the first so-called ‘Chianti Academy’ in China, a dedicated school for wine professionals who hope to familiarise themselves with Chianti and Tuscan reds. Participants will learn about the history and culture of the wine, its production, regional product protection, and how it can be best combined with local or international cuisine to play to its strengths. 240 people from Beijing, Shanghai, Shenzhen and Guangzhou have already enrolled at the academy, and further such schools are set to open throughout the region as Chianti continues to strike a chord abroad. 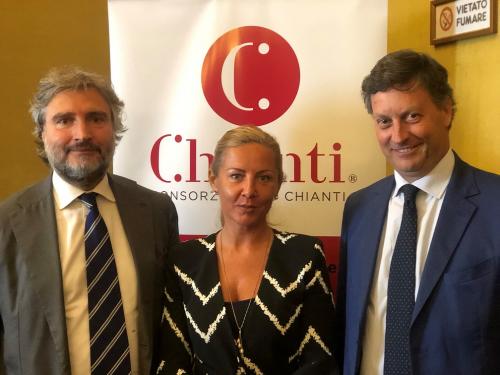