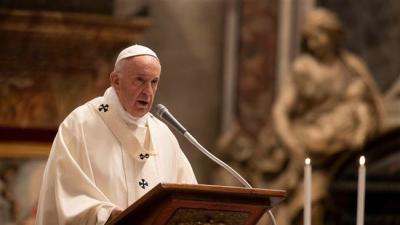 VATICAN CITY - Pope Francis has labelled Donald Trump’s administration as “cruel” in a speech denouncing the US President’s border policy that has led to countless violent incidents and seen authorities separate young children from their families.

The pontiff said that he was prepared to meet with Trump to discuss the latter’s stance on immigration and urge him not to continue along his chosen path.

Francis expressed his discontent with such policies, saying: “I don’t know what is happening with this new culture of defending territories by building walls, we have already seen this happen in Berlin [a wall] which caused so much suffering.”

“Separating children from their parents goes against the natural law, it is cruel, and to what does it help defend? Territory, or a nation’s economy? Can children be considered a threat?” he then added.

Donald Trump has championed an aggressive border policy since his election to office in 2016. Building a wall along the US’ southern border with Mexico was a key part of Trump’s campaign, but his efforts to follow through on his promise have been thwarted by Democratic opposition to what is seen as an inhumane decision.

Pressure on the President mounted when it transpired that his aggressive policy had seen thousands minors separated from their families, some of the children later losing their lives due to the inattention of border control. Trump was forced to soften his “zero tolerance” stance after international outcry, however it is unclear whether he has dismissed the policy completely.