Francis addresses the role of the media at Vatican summit 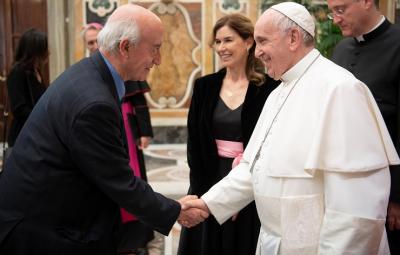 VATICAN CITY – “Communication is a tool to build, not to destroy; to meet, not to clash; to discuss, not to monologize; to orient, not to disorient; to understand each other, not to misunderstand; to walk in peace, not to sow hatred; to give a voice to those who have no voice, not to be the megaphone for those who shout louder." Such was Pope Francis’ message to members of the Foreign Press in Italy, as he discussed the role of journalism and the media in the 21st century.

In an extensive and articulate speech delivered on May 18, enriched with personal anecdotes, the pope began by expressing his high respect for journalists, even when they "put their finger on the wound, and perhaps the plague is the ecclesial community." He stressed the indispensability of their role and the consequent responsibility that comes with it, urging those present "to work according to truth and justice."

While the pontiff said he was aware of the importance of characteristics such as "professionalism, competence, historical memory, curiosity, ability to write, ability to investigate and ask the right questions, speed of synthesis, ability to make the general public understandable what happens," he insisted above all on the humility of those who are not satisfied “with obvious solutions, who do not know the fatigue of an investigation capable of representing the complexity of real life ".

Moreover, he explained, "humble journalists do not make mediocre one… In a time when many spread fake news, humility prevents you from selling the spoiled food of disinformation".

Responding to the pope, the Chairman of the Foreign Press Association, Ms. Patricia Thomas, also spoke of the role of a journalist, citing the importance of the searchfor truth, questioning authority, fighting fake news, giving a voice to the voiceless and doing it with humility. Ms. Thomas also invited the pope to visit the headquarters of the Association, appropriately named Via dell'Umiltà (Humility Street) in Rome. It has been over 30 years since a pontiff last visited the Association: Pope John Paul II in 1988. Pope Francis also received an honorary membership card to the Association from Ms. Thomas.

Francis, in return, donated a volume of “Communicating the Good”, published by the Libreria Editrice Vaticana, to the participants at the event. The work is a collection of speeches, interviews and messages from Pope Francis on communication. 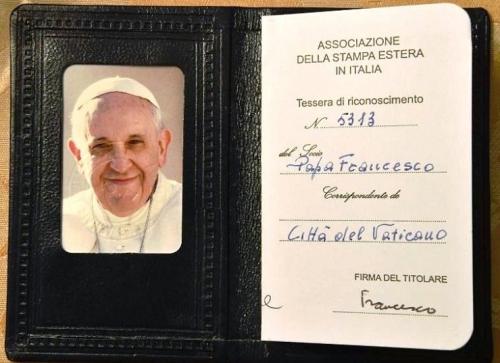