PD on the attack over government secret service plans 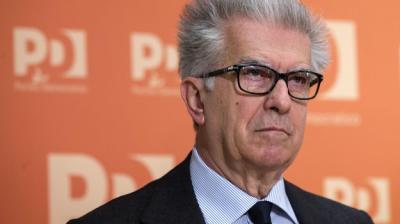 ROME – Following reports from Repubblica on new government plans for the Italian intelligence agencies, the Democratic Party (PD) has gone on the offensive. PD head in the Senate Luigi Zanda was vocal in his criticisms of the plans and called for clarity from Prime Minister Giuseppe Conte in parliament.

Zanda said in putting an urgent question to the Prime Minister in parliament: “The facts as reported, if confirmed, combine a grave risk, blocking a strong system of prevention from working, with a politically-motivated division of the intelligence system, which is entrusted with the security of our country.”

He went on to say, “These have been from the get-go the actions of a regime, not of a parliamentary democracy. Moreover, such behaviour would risk not only putting into question the effectiveness of our intelligence systems at a difficult time, but also destroying their credibility in the precious international intelligence network.”

The government has come under more fire because one of those lined up to take up a new role is Marco Mancini, one of the key players in the so-called Imam Rapito affair, the unlawful extraordinary rendition of Abu Omar in 2006. This latter was abducted by the CIA while living in Milan with the cooperation of the Military Intelligence and Security Service (SISMI, later replaced by AISE), taken to Egypt and tortured there. He was also implicated in the so-called SISMI-Telecom scandal in 2006.