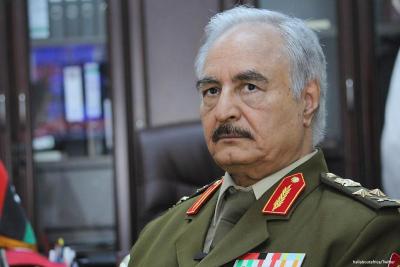 TRIPOLI -  Field Marshall Khalifa Haftar has deployed troops and is making his way to Sirte on the Libyan coast, according to the London-based newspaper Asharq-Al-Awsat.

Haftar is the powerful leader of the Libyan National Army who is loyal to the Libyan House of Representatives (HoR), the so-called “Tobruk government,” who were controversially elected in 2014. Their rule is disputed by the General National Congress (GNC) in what turned into a second phase of the Libyan Civil War, ongoing since the Arab Spring in 2011.

Sirte is a on the Libyan coast some 450km from Tripoli, but this is seen by many as one step in his path to retake all of Libya. Haftar’s self-proclaimed mission is to “liberate Tripoli from terrorists.”

The parts of Libya not under the control of the HoR or GNC are held by a Government of National Accord, which was created in 2015 and has the backing of the UN Security Council. Neither the HoR nor the GNC supports the neutral, UN-backed government.

Sirte was a stronghold of Libya’s former dictator Muammar Gaddafi, who was killed there in October 2011. Since being badly damaged in the fighting of 2011, Sirte has seen almost constant conflict. It was taken by Islamic State loyalists in 2015 before a UN-backed offense, with American military support and led by the GNA, retook the city in 2016.

Haftar is known as a general of enormous experience. He has fought many of the rival factions in Libya’s complicated and lengthy civil wars, and was accused of war crimes in 2017 after capturing Derna, a city on the Libyan coast which had been held by a succession of Islamic militias before the Libyan National Army recaptured it.